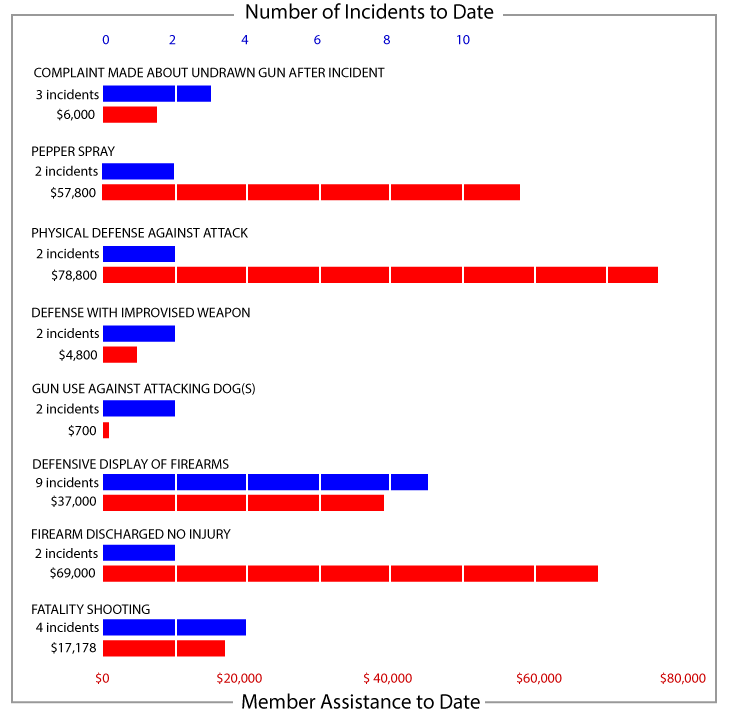 With the violent riots, civil unrest, public dissatisfaction, social hostility that characterized the year 2020, you might think that calls from Network members requesting funding for legal representation after self defense would have increased. To the contrary, frequency of members’ self defense incidents remained about the same. Three cases in 2020 entailed funding requested and provided for legal defense after a defensive display of a firearm, a gun drawn in preparation to fend off a charging dog and one fatality shooting. Several other incidents occurred and members called and discussed their legal representation needs with Network President Marty Hayes, but these situations did not result in legal problems for the members so no attorney fees were needed.

When a Network member uses force in legitimate self defense, the Network pays attorneys, experts, private investigators and other related legal defense expenses to defend against criminal charges or civil litigation seeking damages. The case of the member involved in the fatality shooting illustrates the value of immediate funding to get a skilled attorney on the case quickly, determining and identifying the facts that show the justification for the use of force and bringing that truth to the attention of prosecutors and district attorneys to influence charging decisions, while concurrently amassing the evidence needed to defend the use of force at trial, if necessary. The work of a Colorado attorney on our member’s behalf, reviewed in the foregoing article, illustrates that vital mission. 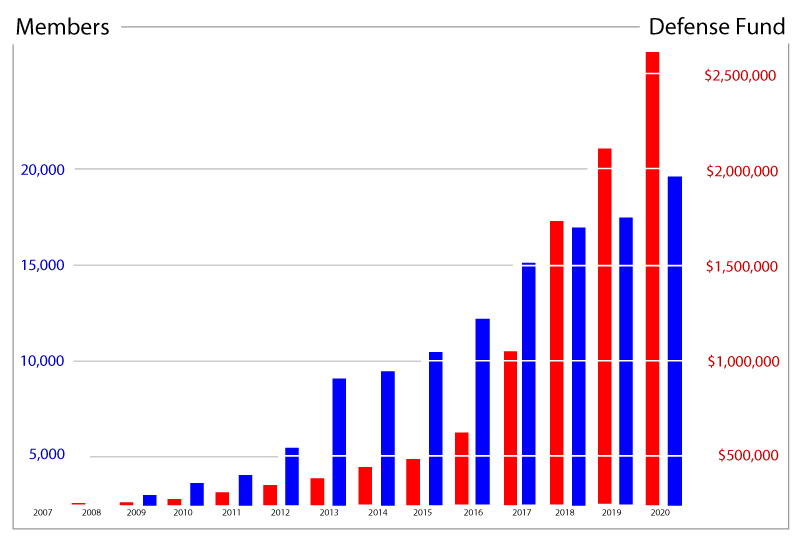 In January of 2020, we published an extensive history of Network member cases, so we won’t reiterate the details of the past decade’s work on behalf of members; we encourage you to browse over to https://armedcitizensnetwork.org/a-decade-of-assistance
for the full article if you haven’t read that report. The adjacent charts give a snapshot of the data. One shows the range of expenses between 2008 and the end of 2020; another compares membership growth with the expansion of the Legal Defense Fund; and the other graphic illustrates the geographical distribution of cases.

The Network’s Legal Defense Fund grows with each renewal of membership and each new member who joins. During 2020, membership renewal rates remained very strong and new member enrollment enjoyed a moderate uptick, resulting in growth of the Legal Defense Fund to a balance just slightly over $2.6 million. While the Network almost certainly could have capitalized on the fear and panic created by riots in most of America’s big cities, we did not deviate from our time-proven strategy of recruiting new members who are studious, preparation-minded armed citizens, not panicked people who hope that spending money can take the place of personal preparation.

The Network focuses a considerable percentage of our outreach on providing educational resources for serious armed citizens. We affiliate with firearms instructors who share the Network’s ethos of personal responsibility, strong prior preparation and active avoiding and defusing threats with their students. Politics created a surge of new gun owners who attended Network affiliated instructors’ classes. Many of our new members told us they had taken training and realized the concomitant need to address the legal component of using force in self defense. Our educational component, combined with the mutually-supportive nature of membership in the Network family, appealed to these preparation-minded men and women. 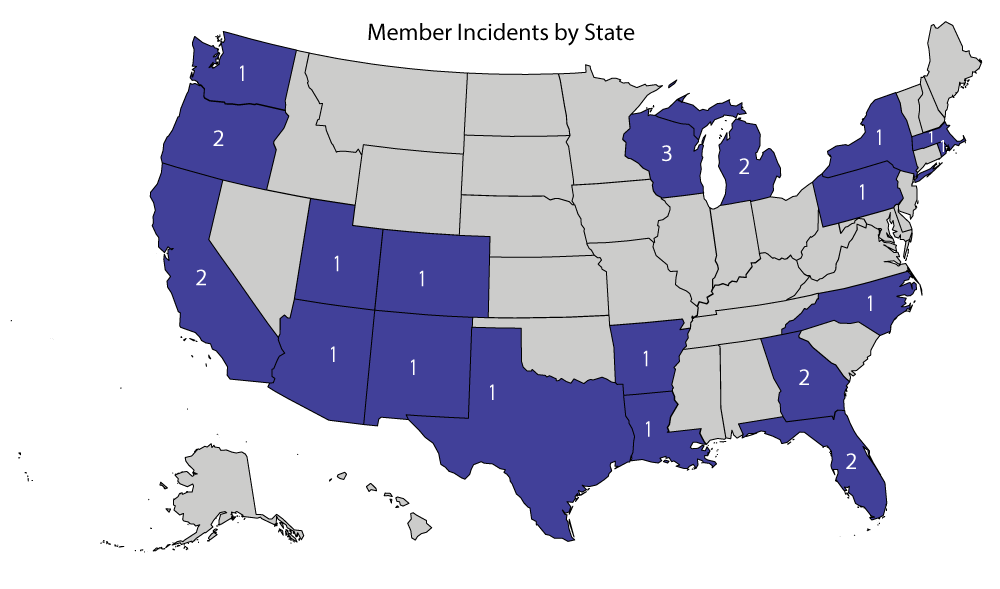 We were pleased to add their strength to the numbers of like-minded people already involved in the Network. We started 2020 with 17,500 faithful members; we concluded the year with membership numbers slightly exceeding 19,000. We value the conservative, responsible way in which each member–new and long-established–conduct their lives. We are truly a big family of like-minded men and women.

Network members often express their hope to never call for help with legal expenses, but for a few, that wish hasn’t been fulfilled. Since introducing the Network in 2008, 26 members have used force in self defense. The seriousness of each incident has varied from discharge of pepper spray, physical force, using a gun to stop a dangerous dog, defensive display of a firearm, shots fired and fatality shootings.

Owing to the many and varied circumstances, fees paid on behalf of members ranged from several consultations for which generous affiliated attorneys have declined to charge a fee, to consultation fees as low as $300 to defense costs topping out around $75,000.

Over the years, we have found that often members are more interested in a categorization of the kinds of incidents members have faced and defended with the associated legal expenses. The charts accompanying this article illustrate how the Network and its Legal Defense Fund are fulfilling our vital mission. These numbers take us through the end of 2020. The accomplishments they represent carry us into 2021 with optimism and an enthusiastic commitment to the Network’s goals.