The Psychology of Deterring Attackers–Part 2

An Interview with William Aprill 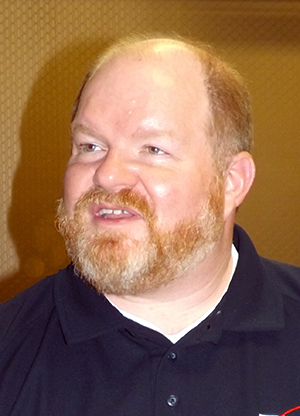 Last month’s journal featured the first part of this interview with clinical psychologist William Aprill, introducing readers to his strategies for filtering out and avoiding contact with people who approach hiding bad intentions behind a guise of needing a quarter, a cigarette or to ask you if you know the time. If you missed the first half of this conversation please read https://armedcitizensnetwork.org/psychology-of-deterring-attackers-pt-i then return to complete the article as we move forward into topics including tactics to prevent the possible threat from getting any closer and how to quickly act to avoid unwanted contact with strangers without causing offense or escalating the danger.

eJournal: We’re back and last month we discussed detecting and avoiding possible threats based on behavior and demeanor, whether the actions of a person raising concern are congruent with the setting and how to change our own behavior to avoid being selected as a victim. Well, sometimes we make mistakes, so let’s say we’re selected to be the victim of a crime. Once we’ve caught the predator’s attention, what steps can discourage an attack?

Aprill: What scares people most is an all-out blitz attack, so let’s be honest, that kind of attack is rare! Instead, there is typically some kind of phased introduction of their presence to yours called the interview. I wish I could remember who coined that phrase! It is a funny way to think about it, but you are being interviewed for the job of victim. It might be a nonverbal interview, but the interview has to have some kind of initiation.

That can be just physically entering your space–an engineered bump, let’s say. I will make it so that you and I bump into each other going through the door as we leave the store. That almost always produces some kind of reaction that lets the bad guy interpret your behavior. If you start apologizing profusely, I get a pretty clear line on which one of us can dominate this transaction.

Sometimes I sit at the keyboard, at the end of the month and wonder just what the heck should I write about this month. Well, this month is NOT one of those months, there are lots of things to comment on. My first concern, not surprisingly, is the civil unrest in our country. While I can imagine what it is like living in one of the cities embroiled in the protests, riots and destruction, I am thankful I can view it from outside the urban areas.

I am glad I don’t get broadcast TV because I know I would spend all my time glued to the screen. What is happening in our country? I must admit that I do not have a quick, easy answer to that question. There are theories upon theories as to what is causing the civil unrest and I suspect the real answer is a combination of those theories.

In this monthly column, we ask our Network affiliated attorneys to contribute commentary on questions and topics about which Network members are asking. In these unsettled times, a goodly number of Network members have asked questions about using deadly force in defense against rioters entering residential neighborhoods, invading or destroying homes. This concern initiated a series of questions to help members better understand their state laws about use of deadly force in defense of themselves, their families and their homes.

State laws vary on where the line is drawn allowing deadly force to stop intruders, so members are concerned about whether intruders may achieve actual entry into the portions of the home occupied by the residents before they can legally use deadly force in defense of themselves and their families while others are asking if they can stand guard with a rifle at their property line and what to do if threatened there.

Massad Ayoob and Gail Pepin and their associates at ProArms host a library’s worth of educational listening at http://proarmspodcast.com. These programs are a lot of fun with diverse topics including competition and training, guns and gear, the shooting industry, and gun fight survival.

If you have not been accessing this educational resource now is the time to get caught up. Give special attention to the gunfight survival podcasts. Told largely in the voices of the survivors themselves these stories tell the history leading up to the violence, analyze what went right, what went wrong, detail the guns and ammunition used, outline tactics of both assailants and defenders, tell of interaction with police, other emergency responders and attorneys for legal representation, going in front of grand juries, surviving criminal and civil trials, and life after a critical incident.

On the surface, my topic this month is simply further discussion about non-gun defense options that we’ve been sharing the past several months. Looking deeper, however, there’s a lot more to the principles underlying the subject we need to examine this month.

A member who is a veterinarian wrote to express his concern about the firearms instructor’s comment in last month’s editorial about strobing flashlights.