Massad Ayoob and Gail Pepin and their associates at ProArms host a library’s worth of educational listening at http://proarmspodcast.com. These programs are a lot of fun with diverse topics including competition and training, guns and gear, the shooting industry, and gun fight survival.

If you have not been accessing this educational resource now is the time to get caught up. Give special attention to the gunfight survival podcasts. Told largely in the voices of the survivors themselves these stories tell the history leading up to the violence, analyze what went right, what went wrong, detail the guns and ammunition used, outline tactics of both assailants and defenders, tell of interaction with police, other emergency responders and attorneys for legal representation, going in front of grand juries, surviving criminal and civil trials, and life after a critical incident. 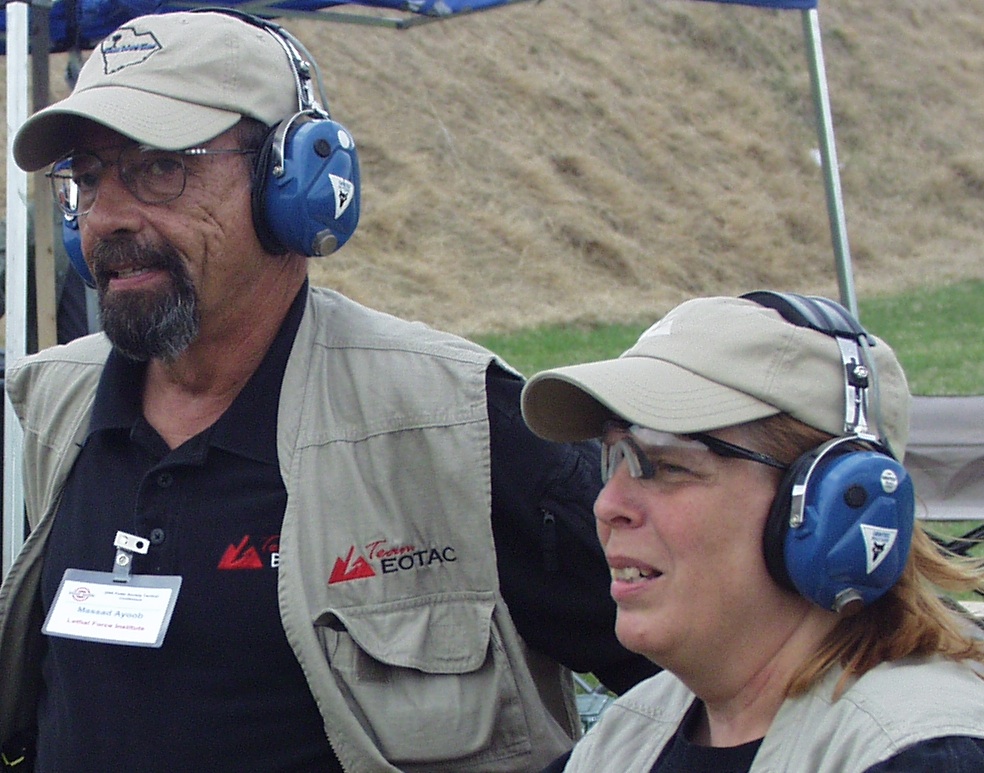 One example is the story of police Lt. Brian Murphy, who was shot 15 times defending against the mass murderer who shot ten people, killing six, at the Sikh Temple in Oak Creek, WI in August of 2012. In his own words, Lt. Murphy profiles the racist murderer, who, likely trying to gain approval of local white supremacists, targets a Sikh house of worship. When the murderer reconnoiters the Oak Creek Sikh temple, he is welcomed, shown where worship takes place, where congregants share meals after services, and invited to dine with his hosts. He returns the following week for a second tour and is similarly welcomed.

He returns on a Sunday morning to shoot the worshipers. He shoots and kills a woman who has fallen to her knees to pray for help, kills a man who is shepherding innocents to a basement room for safety, shoots an 80-year-old man kneeling in prayer in another room, and continues through the building shooting two more men. The police dispatch center starts getting calls pleading for help or from neighbors who are worried when they hear the gun fire.

Lt. Murphy arrives while the murderer is trying to shoot three women cooking in the temple kitchen. Through the dining room windows, the murderer sees the officer’s arrival. From a distance, Murphy sees a man who somewhat matches the description given of the shooter and yells, “Police, stop!” Watching the suspect closely, he approaches.

They’re about 40 yards apart when the murderer begins shooting at Lt. Murphy who shoots back. Both are running and shooting; Murphy is shot in the face and goes to the ground. In the 10 seconds it takes for Murphy to collect himself and get to his feet, the murderer circles and comes up about ten feet behind him and pours a hail of bullets into the officer. Wounds to his hands and arms leave Murphy unable to hold his gun and shoot back during the nearly two minutes of sustained gun fire from which over two dozen empty cases were later recovered.

While the murderer pauses to reload, Lt. Murphy vows that he will not die in a parking lot. As he hears the slide go forward and the shooting starts again, he resolves “not to give him anything,” no pleading, no surrender. Murphy is hit in the jaw, both hands, both arms, the leg, chest, side, and suffers a final shot to the back of his head which miraculously only stuck in his skull and penetrated no deeper. Fired at a downward angle by a standing shooter, the bullet skims the top of Murphy’s vest at the shoulder, penetrating between two layers, squirts out, and hits Murphy in the back of his skull. “If it wasn’t for the vest, I’d be dead,” he states.

As Lt. Murphy is knocked out momentarily by the shot to his head, a fellow officer arrives and shoots the murderer from 60 yards away with a patrol rifle. The lessons of survival against incredible odds are inspiring. This story is told at http://proarmspodcast.com/103-survivor-sikh-temple-shooting/.

Several of the stories profile private citizens attacked by violent robbers in their stores. In one, a retired police officer turned gunsmith and gun shop owner tells Massad how surviving one robbery helped him be better prepared for the next, which was a violent gang initiation combined with armed robbery for guns and money.

Gunsmith Greg Ferris explains that training, prior experience and even competitive shooting let him recognize tachypsychia’s time distortion and remain able to focus on stopping multiple attackers. He had previously experienced auditory exclusion, too, so when it happened to him, he recognized it and kept his focus on the fight. Ferris comments that no one can foresee exactly what will happen but he advises listeners to try to think through ideas about how to keep the criminal from getting lucky. The story and its many lessons are at http://proarmspodcast.com/107-ferris-firearms-robberies/.

Another episode at http://proarmspodcast.com/104-almond-avenue-pharmacy-shootout/ is narrated by a pharmacist who shot two men who burst in shooting late at night to his family’s drug store in Sacramento, CA. When the robbers burst in, pharmacist Bryan Lee rushed forward to a cover position to deny entry to the waiting area where defending against multiple attackers would be greatly complicated. Lee recalls thinking that he was going to be shot and killed as he got to his shooting position. He saw two huge men whom he mistakenly thought, due to their bulk, wore armor. He describes crouching down and “slicing the pie” around the cover, aiming and firing five rounds, all hitting, in about one second. Ayoob speculates that he fired at the same moment he saw the intruders shooting at him and his mother. She was shot in the leg.

One robber fled after being shot in the leg; an accomplice was shot in the head, torso and leg and collapsed in the store. Amazingly, despite being shot in the face–the bullet traveling down to stop in two cervical vertebrae–the robber sat up, pulled off his ski mask, crawled away, and died several blocks away after having texted his family.

Lee locked the store and got medical help for his mother, who was treated and released that night. Both returned to work at the pharmacy the next day. His memory of shooting back is incomplete, and he describes his recollection as three high definition still pictures. Ayoob explains the phenomenon, called “flashbulb memory.” Lee did not experience any significant time distortion or auditory exclusion, which Ayoob credits to prior preparation and training. The pharmacist, a former artillery soldier, was carrying a gun he’d carried for over a decade, with which he had shot a perfect score in an earlier class under Ayoob’s instruction. He had also taken training with Jim Cirillo and shot competitively with both pistol and rifle.

Lee frankly addresses his emotions during the attack. While aware of fear of death and failure, he was not incapacitated by terror, although his heart rate increased. Lee says he did not experience time slowing down, nor did he have tunnel vision, nor hand tremors during the shooting, although hand tremors plagued him periodically for several weeks afterwards. He suffered violent nightmares in the aftermath, was awakened by recalling “very realistic gun shots,” that seemed so real he would check around to see if there’d been a shot fired. During the aftermath, Lee consulted with Lt. Col. Dave Grossman with whom he was fortunate to be able to talk over his emotional survival. He received supportive mail from strangers and recognition and gratitude from the pharmacy’s customers.

Those three thumbnail sketches of nearly hour-long podcasts illustrate only an iceberg’s tip of the wealth of material ProArms Podcast makes freely available to listeners. The stories in the Gunfight Survivors section are an excellent mix of incidents involving law enforcement officers as well as private citizens who stepped up to defend others or to prevent violence against their families and themselves. Some of the incidents have been also discussed in our Network journal pages over the years and it is intriguing to compare Ayoob’s comments in the podcasts which frequently include questions asked by students in his classes with the discussions in our Network journal.