From Arrest to Trial

What Every Member Should Know About the Court Process

Traversing through the criminal court system in the United States can be a harrowing experience, much like wading through shark-infested waters. If you don’t know the courtroom process, or the legalese being discussed, you might as well not be there. This is why the Network strongly impresses upon each member to choose an attorney well-versed in self-defense cases who has the experience to guide you, and in some cases carry you, through the process.

The first interaction post-incident will be with police. In order to effect an arrest, the police must have probable cause that a crime has either been committed or they may have an arrest warrant for your arrest at a later date. Probable cause is one of those legal terms that people get mixed up all the time.

Let’s look at a driver under the influence of an intoxicating substance. If the officer notices that you are not maintaining your lane, driving exceptionally slow (which is not in and of itself against the law), crossing the line, etc., then the officer has reasonable suspicion that you might be under the influence. The officer can stop and detain you, detain your vehicle, and detain everyone in the vehicle while they investigate further. Sometimes, I’ve stopped the occasional very bad driver. Or perhaps someone with disability that is having trouble with driving. It does happen. Imagine, however, upon approaching the vehicle, you roll down your window and the officer smells and sees smoke from the obvious Cheech and Chong festival going on in the car. Now, the officer has probable cause and may remove you from the vehicle, administer a field sobriety test, have a chemical test administered, arrest you, and take you to the county-funded country club. So, in simple terms, reasonable suspicion gets you pulled over, and probable cause gets you arrested.

The same, or similar process happens in conjunction with a self-defense incident. Everyone gets detained until the scene is safe, police gather more information and investigate, and then make a probable cause/arrest decision. Some jurisdictions will automatically arrest you and let the detectives or prosecutor’s office gather evidence to determine your guilt or justification. It happens.

After you are arrested (yes, I would plan on it), you make your first appearance in court, generally within 48 hours. The rule is “without unnecessary delay” but most jurisdictions follow the 48-hour rule. At an arraignment–some jurisdictions call it an initial appearance–the judge establishes the crime with which you are being charged, you are offered legal counsel if you don’t already have it, you are advised of the maximum penalties if found guilty, and bond is usually set or denied. (For further discussion, see this month’s Attorney Question column about bail bonding.) If the district judge, or sometimes a magistrate, disagrees with the prosecutor, believing that there is no probable cause that you committed this crime, the judge can set you free and all charges are dropped. Bond is set according to the type of crime and how heinous the crime. Remember, until you get to trial or have exculpatory evidence at future hearings that proves self defense or discussions with prosecutors, expect no bond or at least one that is very high.

A few jurisdictions still allow a pre-trial examination at this point, which would occur within 14 days after arraignment. A few jurisdictions still hold self-defense immunity hearings to determine whether you have a strong case for self defense or if the case should go to trial. If the judge determines your case is valid self defense, they will end it right there. If the judge thinks the prosecutor has a case against you, you go to trial. You never lose your right to trial unless you waive that right.

At this point, your case will go to circuit court or superior court depending on your state. Some jurisdictions call this criminal court, and still a few in less populated areas have one or two judges who might hear everything (traffic tickets, bond hearings, criminal, family and probate).

In circuit court (or superior court in some jurisdictions like Arizona), you will typically be arraigned again. This is to re-establish the charges, have your attorney place their representation on the record, take your plea, set dates for status conferences, establish the next pre-trial hearing date and set a date for trial. This is a good place to mention the time frame. I’ve watched everything I’ve mentioned take place in a few short weeks and I’ve also experienced the process to this point take two or three months, or more. Remember, you are still in jail until your attorney can ask for bond at the initial circuit court appearance or at a later bond hearing and the judge grants it.

Between the initial appearance in circuit court and the trial date, your attorney and the prosecutor will meet (you are allowed to attend) in pre-trial conferences. This is a pre-trial meeting to work out any details of the case, the prosecution might offer a plea deal, both sides will discuss the strengths of their case in a general way (without giving up any strategy), and basically try to come to a mutual agreement between all parties. Your attorney may have several of these meetings with the prosecutor over the weeks or months before trial. Both parties must report back to the court at the next pre-trial hearing to inform the judge of the progress.

It is also during this time that your attorney, the police, and the prosecutor’s office are gathering evidence, interviewing witnesses, securing expert witnesses, analyzing the scene and working out all of the aspects of how their case is going to shape up. Additionally, as evidence is found or witnesses are interviewed, the prosecution and/or your attorney may ask for an evidentiary hearing to determine what evidence should be allowed or disallowed. Either side can ask for a pre-trial motion to have certain evidence thrown out. This evidence can include police statements, witness statements, discrediting experts, body cam video, other video and photographs, etc., to help in their case. I’ve seen this take months. If you could not bond out, then you are still sitting in jail. These hearings can take months or longer for the court to finally hear them.

When the case goes to trial, it may take a few days or it can take weeks (as was true for Rittenhouse) and sometimes months (the O.J. Simpson murder trial had 101 witnesses and a total of 41 days of testimony lasting nearly 8 months). Once the jury trial begins, both sides give opening statements and closing arguments, both sides call witnesses, call experts, enter evidence, and make their case for why you are either guilty or not guilty of the charged crimes. During the trial, the court may schedule an evidentiary hearing in the middle of the trial if there is some reason the judge can’t decide then and there if certain evidence should be admitted. Each side submits jury instructions and the judge (or his over-worked law clerk) will assemble those instructions to be read to the jury. The jury deliberates (hours, days, weeks) and returns a verdict. That verdict must be unanimous; you are either guilty or not guilty. There is no such verdict as innocent.

Ah, but it is not over. If you were out on bond, the judge will order you taken in to custody (if the verdict is guilty) or you are free to go (if not guilty). If guilty, probation will contact you for a pre-sentence report (some jurisdictions have different names for this) where practically your entire life is examined like it is an open book. The judge will also set a sentencing date for some point in the future, usually a few weeks out. You stay in jail or you now go to jail.

The judge, your attorney, and the prosecutor will review the pre-sentence report and establish the sentencing guidelines. At sentencing, your attorney may argue why certain guidelines should or should not apply and the prosecutor will have the chance to rebut. Likewise, the prosecutor may want to increase the guidelines and your attorney may rebut. The judge makes the final decision. If you are not familiar with sentencing guidelines, many states, including Michigan, have statutory guidelines that calculate the type of crime and the severity of the crime, with any aggravating circumstances and past criminal behavior. The guidelines will then give the judge a range of time that they are allowed to sentence. It is usually in the judge’s discretion whether they sentence near the bottom, in the middle, or near the top of the sentence range. Additionally, many states have mandatory minimums for certain types of crimes including criminal sexual conduct, murder, etc. Of course, the judge can exceed the guidelines but must indicate, on the record, their reasons for doing so. These reasons are almost always due to the severity of the crime, perhaps involving young children, elderly victims, etc. Off to prison for the next several decades, your natural life, or the chair.

There are three types of appeals. One applies during trial and two apply post-trial. An interlocutory appeal occurs either before trial or during trial if either side disagrees with a judge’s decision. Interlocutory appeals go to the next highest court. Appeal by right is usually available after trial as long as you file within that jurisdiction’s timeline. If you miss the timeline for filing, then you only have the choice of appeal by leave. Appeal by leave means that next highest court has the discretion on whether they will hear your case. They don’t have to hear it. 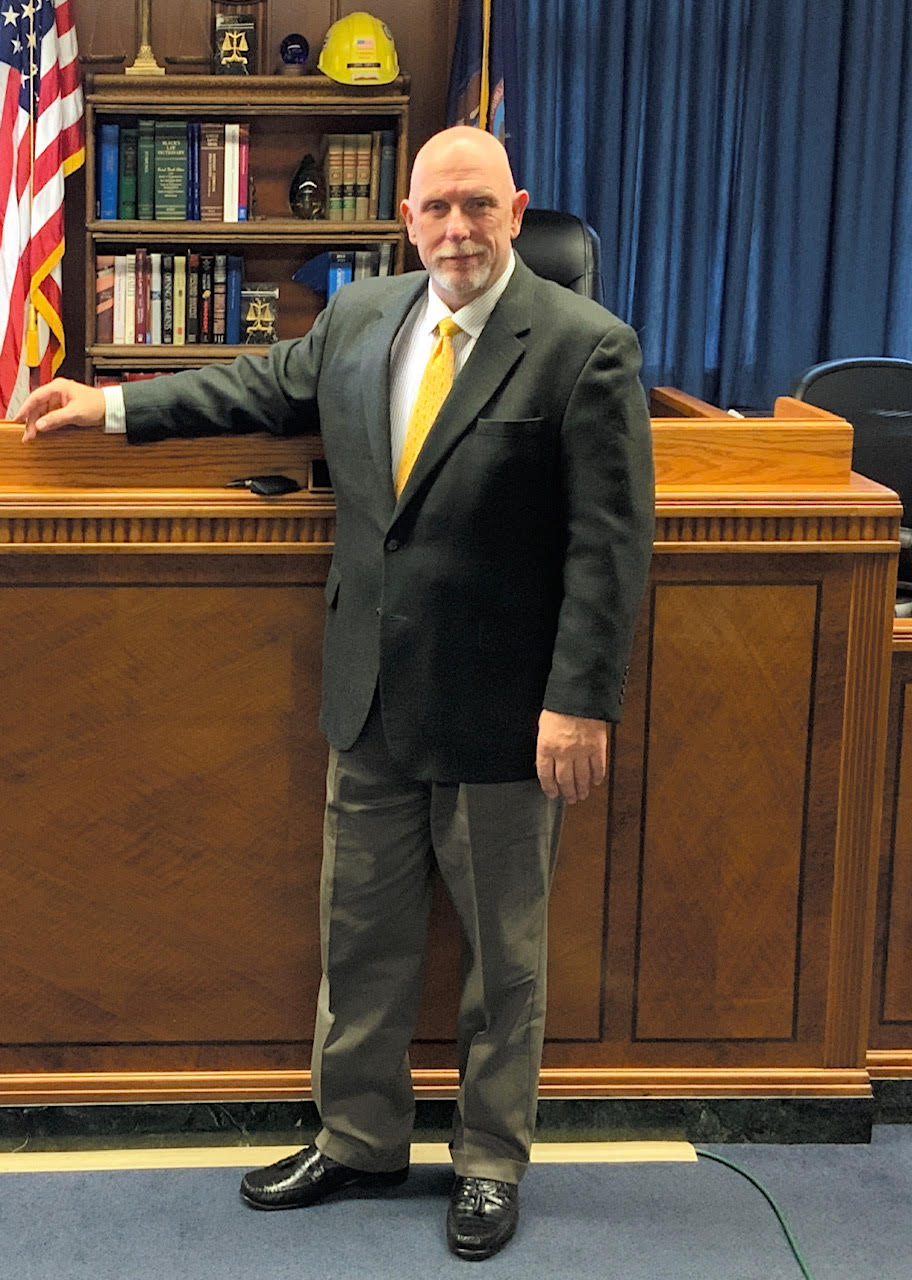 After reading this article, you can see how harrowing this process can be. It will affect you mentally, physically, and spiritually. This is especially true if you are sitting in jail for months (I know of one self-defense case in which the defendant has been sitting in jail for two years awaiting trial) or longer, for a crime you strongly believe you did not do. Add into this mix that hearings will get canceled, postponed and rescheduled because of holidays, the judge is sick, your attorney can’t make that date, and anything else that could possibly sideline a smooth process. It happens. Expect it.

I’ve outlined the process from experiencing it in mostly Michigan courts, as I am familiar with this state where I have clerked for a judge and served as bailiff. Your jurisdiction may be different in process, court names (we call trial court the circuit court), we don’t have a superior court but you may. A competent attorney well-versed in the local jurisdiction and experienced in self-defense trials will walk you through the process in detail.

I hope this brief overview helps you have a cursory understanding of what might be ahead if you are ever involved in a self-defense incident. Take care, and be safe!

__________
Questions or comments? Contact Art Joslin, our Legal Issues Editor, at This email address is being protected from spambots. You need JavaScript enabled to view it..