Imagine being prosecuted for an act of self defense. To set the stage, let’s hypothesize that you were accosted by two unarmed but aggressive homeless people in public, who while not demanding money, certainly implied by asking “for some bread” that your failure to “give it up” would likely result in immediate threat to your well-being. These two are about your size and all three of you are of the same gender. Feeling threatened, you tell them to “back off” and put your hand on your holstered gun. Instead, they close to about ten feet and you draw the gun and yell, “I said to back off!”

The two aggressors stop, immediately take offense and one reaches into his/her pocket for a cell phone to call 9-1-1. Meanwhile, a bystander/witness also calls 9-1-1 to report a crazy person waving a gun around. Of course, you also call 9-1-1 to report that two people just attempted to rob you. Although we are just imagining this situation, it is a scenario that is played out in one variation or another all across America daily.

Are you going to be arrested for assault? Cited for brandishing? Is your gun going to be confiscated? Will you need to post bail to be released from jail? The answers to these questions depend primarily upon jurisdiction and the credibility of the witnesses. Not much you say to the responding officers will make a great difference at this time because it is much safer for the police to make the arrest or confiscate your gun and cite you than it is for them to gamble on whether or not you committed a crime. The witness statements alone, as told by the two homeless people and the uninterested eyewitness (who is, unknown to you, a charter member of Handgun Control, Inc.), provide probable cause for arrest or to issue a citation.

As a long-serving expert witness in self-defense cases, I know these are the toughest cases of legitimate self defense to defend. Overwhelmingly, the evidence points to your guilt. What if you had a “secret weapon” that you could bring out in court? A weapon so strong and powerful that it would make the judge or jury understand that the stories told by the three prosecution witnesses are not as credible as they sound, and that your actions are not as unreasonable as the prosecution claims. Would you like to have that kind of weapon backing up your actions? Even better than waiting to bring it out in court, would you like to be able to have your attorney use it to convince the prosecutor that his/her case is very shaky and likely to crumble if taken to court? 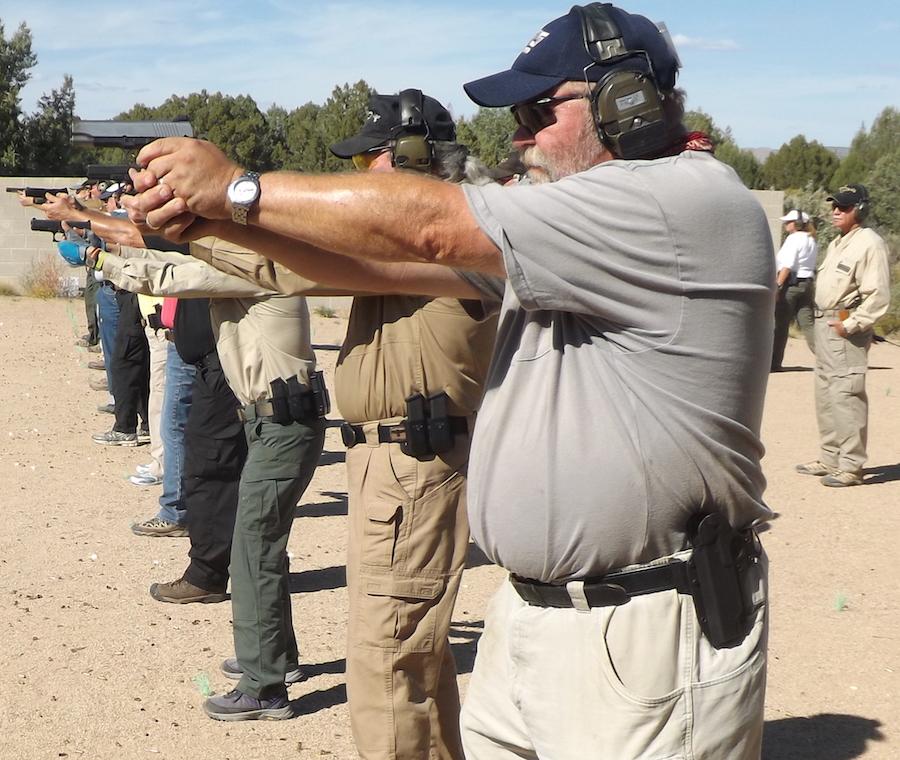 I know I want that weapon, and in fact, I used just such a secret weapon once in my law enforcement career when a use of force incident I was involved in was referred to the local prosecutor (by my chief, of all people) for criminal prosecution. Now, just what is that powerful secret weapon?

That secret weapon, which can be stashed in the toolbox of every legally armed citizen, is documented training.

While I own a shooting school and profit by training others, any legitimate trainer knows that there are easier ways to make a living. I train folks because I want them to be able to survive being selected as the victim of a criminal attack, and later, I want them to survive the legal aftermath, too, by pulling out the secret weapon of documented training. Going back to our hypothetical example, here is how it works.

First, understand that the jury gets to view the incident in question through the eyes of the defendant. In fact, in Washington State, we have a 1993 appellate court ruling (State v. Janes) that spells out this concept perfectly. See http://law.justia.com/cases/washington/supreme-court/1993/59022-2-1.html.

Asking the jury to view the incident through the defendant’s eyes means that the defendant can introduce testimony in court about what they knew prior to the incident that led them to believe that a violent attack was likely. That prior knowledge is admissible only if the judge reasonably believes the defendant knew it before the incident. That standard is important because it’s common for criminals to attempt to justify their crime by making up a story and telling it to the jury. Most jurors recognize this ploy and so the testimony of a criminal defendant is very suspect.

In our hypothetical, perhaps you, seconds before placing a hand on the gun, saw one or several of the pre-attack indicators that Marc MacYoung explains in the Network’s fourth educational DVD, Recognizing and Responding to Pre-Attack Indicators. Perhaps the aggressors split up in a flanking motion, or either shifted to a bladed stance, which is indicative of impending physical assault, or maybe one moved a hand toward locations MacYoung identified as places weapons are commonly hidden. Perhaps a flash of memory of MacYoung’s lessons on that video lecture convinced you that the two people were not just beggars, but instead two criminals who had planned an attack and were preparing to execute it. Documenting that you knew those indicators prior to the incident lends considerable credibility to your argument of self defense.

In my use of force incident as a police officer mentioned earlier, I saw one individual squaring off against a fellow police officer in a near-riot situation. Acting on my study of pre-attack indicators, I stepped in and controlled the person, ultimately arresting him for disorderly conduct. An investigation was initiated when it was discovered I had arrested the son of the department’s senior patrolman and close friend of the Chief of Police. I learned this after the arrest but before writing the use of force report, so my report included the specific pre-attack indicators I had observed. I attached a copy of a training handout that I had received in an earlier training course to the report. When the local prosecutor reviewed the reports and witness statements, he declined to prosecute and cleared me of any wrong doing.

That is the power of documented training.

Members of the Network receive eight full-length lectures on DVD and a copy of Massad Ayoob’s book, Deadly Force. This educational package would go a long way in helping an armed citizen document their previous knowledge, and that is a good thing.

I wrote this article while heading home after attending and teaching at the RangeMaster Tactical Conference. At the conference, I was sitting in one of the classes when I realized that all the attendees had an additional secret weapon they could pull out if needed. The trainer could be called into court to testify about the topics they taught the attendee. At the conference, those instructors included Massad Ayoob, John Farnam and Tom Givens, all members of the Network’s advisory board, in addition to police trainers John Herne, Fletch Russell, Greg Grecko, John Holschen and many more. Each could testify in court on behalf of the conference attendee who took his class, validating the training received. It would be like having a nuclear bomb as your secret weapon!

Network members, your training needs to go beyond simple competence as an accurate shooter. Attending use of force training with Ayoob, Farnam, Givens and other recognized experts is equally important. Anyone carrying a gun for self defense also needs documentable training in the use of force and instruction on how to recognize impending attack. Our member education package is just a start. The 2017 RangeMaster Tactical Conference (http://rangemaster.com/2017-tactical-conference/) would be a great place to undertake that education.

Click here to return to May 2016 Journal to read more.