Guardian of the Republic

I have long been concerned by the trend of calling America a democracy and not a republic, although I have questioned my reaction, wondering if it really is as big a problem as it seems to me. After all, there are quotations in which the Founding Fathers seem to hold up democracy as the model for good government, so I’m moderately sympathetic to the younger folks like my niece who, a few years ago, asked, “Isn’t America a democracy?” 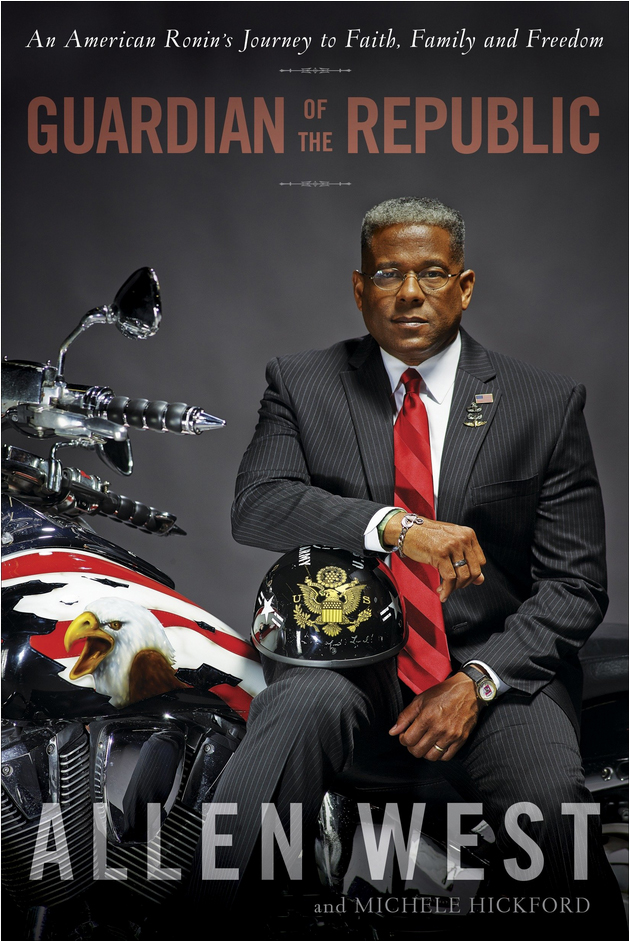 Her sincere question spurred me to begin some reading to clarify my own understanding. Most recently, I stumbled across Guardian of the Republic by Lt. Col. Allen West as part of that ongoing study. “America stands today as the longest-running constitutional republic,” writes West, who consistently uses “republic” and clearly explains why.

Although his book was written in 2014, West’s concern about politicians spouting promises of change “fundamentally transforming America” seems to me to retain a particular pertinence in 2019. After a fairly detailed biographical introduction, West outlines the philosophical influences that America’s Founding Fathers considered during the establishment of our nation. He discusses the influence thinkers like Hobbes, Locke and Rousseau exerted on Madison, Jefferson, Hamilton, and Franklin, et al.

He explains, “One of the fundamental premises that enabled our Founding Fathers to establish America was the theory of a ‘social contract,’ the notion that the ruler and those over whom he ruled agreed upon their respective roles and obligations. Of course, in history there have been many differing perspectives on those roles, but the underlying implication was that the ruler governed by the consent of the governed.

West identifies six governing principles upon which he believes America was founded. These he enumerates as, “limited government, fiscal responsibility, a free market, individual sovereignty, a strong national defense, and an understanding that all of man’s freedoms come ultimately from God.”

In painstaking detail, West describes the roots of conservatism and the roots of liberalism, the various government programs that the latter has propagated, and why bigger and more intrusive government is put forward as the answer to poverty, inequality, and most any other problem inherent to the human condition. Instead of independence, the recipients of all this government help get “subjugation and subservience,” he explains. The government’s true mandate, West writes, is “promoting the general welfare and providing for the common defense,” but little more.

While some of the political commentary is outdated, readers paying close attention should still find relevance in West’s writings on societal factors, political strategies and campaigns by the media because although the names of the players have changed, I think the problems in 2019 are even more extreme. The Founding Fathers’ vision was one of limited government, he points out, then lists all the Marxist objectives implemented over the past decades “more actively engaging” government in citizens’ lives “at every level.”

In a long chapter on race relations, West discusses factors that have destroyed the black family unit to the extent that these days more than one-third of black children is being raised by a single parent, usually their mother. Economics, education and self-reliance all come into his discussions, and he asserts, “Through economic freedom it is possible to break the bonds of disenfranchisement and gain greater influence, especially for the black community,” adding later, “Self-reliance makes you politically important, but dependency makes you nothing but a pawn to be used in the chess match of political expediency.”

You may be wondering if I ever found the answer that led me to read Lt. Col. West’s 2014 book in the first place. Yes! Yes, I did and I felt a little better when he voiced the same concern about terminology that originally led me to research the question of democracy versus a constitutional republic. He writes, “If there is to be a future for our nation, it means understanding America is a republic, not a democracy. The future of the American republic depends first and foremost on ensuring the citizenry and the voting electorate understand the basic framework of this grand experiment.”

He adds, “In its purest form, democracy is government of the masses, where authority comes from the direct expression of the crowd’s will. In its worst expression, pure democracy can devolve into mobocracy, discontent, and anarchy.” He later adds that the Federalist Papers make it clear the Founding Fathers rejected that option when forming our government. He quotes Alexander Hamilton who said, “Real liberty is never found in despotism or in the extremes of democracy,” and he notes that “John Adams had an even more dire prediction: ‘There never was a democracy yet that did not commit suicide.’”

West offers for comparison, “In a republic the law is administered in accordance with established principles of justice. From its founding, America was designed to promote statesmanship, reason, liberty, justice, and advancement for its individual citizens. Lately, however, it seems some folks want to rebrand America as a representative democracy.”

“This is one of my biggest frustrations and concerns about America. Our electorate doesn’t have a freaking clue about who we are or from whence we came,” West writes. The problem, he writes later, is that many Americans, having sided with one party or one cause, then adopt their group’s opinions without any real understanding of the issues. I thought that made a lot of sense, in light of attacks common against politicians in which their policies and voting record go largely ignored, eclipsed by condemnations of a personal nature that have little to do with their accomplishments and failures in office.

Lt. Col. West’s warnings against progressive socialism are only truer today than when the book was written five years ago. “The herd mentality overtaking the American electorate will be its downfall. When we no longer see ourselves as individuals, we surrender the power granted by our Creator and fall for political gimmicks,” he warns.