Considerations About Stopping a Mass Shooting 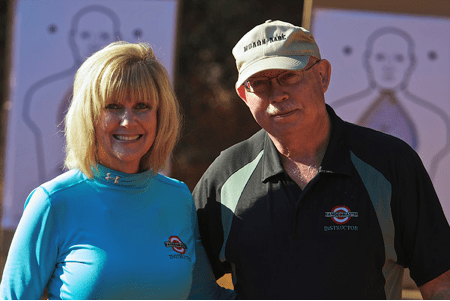 In the wake of the terrorist shooting at the Fort Lauderdale airport, a number of Network members came to us with varied questions about stopping a mass shooter. Having the opportunity to speak with Network Advisory Board member and Rangemaster owner/instructor Tom Givens not long after the shootings was providential, and we used that opportunity to ask his guidance on the questions. (Tom and his wife Lynn are seen to the right, taking a break from teaching a class.)

eJournal: A question commonly asked by members deals with what to do in a mass shooting incident. Boiled down to its most basic, do I run, do I hide, do I engage the shooter?

Givens: Let’s separate the different problems first. First off, I would say that whether you are going to engage or not has an awful lot to do with whether you are alone, with your family and so forth. If I had three or four small children with me, that would alter my decision from being alone or being with an armed partner. That would be my first concern: is it just me, or do I have other people for whom I am responsible? I may not engage voluntarily if I have children or non-combatant dependents with me. If I have children with me, at the first opportunity, I am going to get the hell out.

This will be a short President’s Message this month, as I hustle to catch up on work left undone during a bit of travel to attend an industry convention earlier this month. SHOT Show was its usual self, with aisles upon aisles of AR-15s and 1911s. Now, don’t get me wrong. I like AR-15s and 1911s, but I also like chocolate ice cream, just not for breakfast, lunch and dinner! The good news is that the industry is very up beat, as if the whole gun community just gave a big sigh of relief.

This month, we wrap up a question about using legally possessed suppressors in self defense to which our Network Affiliated Attorneys provided so many responses that we were unable to run all of them in the January edition, which, if you missed it, you may wish to go back to review. Here is what we asked–

If I am the legal owner of a suppressor that is kept on my defense gun, and I use that suppressed firearm in self defense, what if any additional legal issues might I face in the aftermath? Are you aware of any self-defense cases in which use of a suppressor was a factor in either the charging decision or in court?

Happy February to one and all! Here at the Armed Citizens' Legal Defense Network we are constantly working to improve our service to our Network members. That often means trying new things! So, we are proud to announce that we have launched an interactive affiliate map on our website https://armedcitizensnetwork.org/our-affiliates/map.

This map, the result of months and months of behind-the-scenes work, encourages our members to identify Armed Citizens’ Legal Defense Network affiliated instructors, gun shops, and attorneys in their area, and to do business with these good folks since we are all in the Network together. The mapping reveals only affiliated instructors and gun shops to members of the public, but when a Network member logs in to www.armedcitizensnetwork.org, then selects the “Interactive Map” link in the horizontal navigation bar at the top of our website, attorneys within 200 miles of the location they specify will also be displayed. 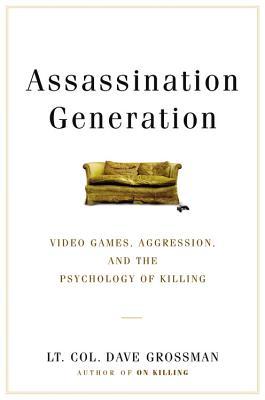 Assassination Generation: Video Games, Aggression, and the Psychology of Killing

While traveling in January, I used my airport and airplane time to read the most recent book from Lt. Col. Dave Grossman, (US Army Ret.) famed for his earlier works on the psychology that prepares soldiers to kill the enemy, as well as an earlier study with parenting authority Gloria DeGaetano, that focused also on children and violent entertainment. This latest book, Assassination Generation, co-authored with educator Kristine Paulsen, is riveting, and I was surprised at how quickly I reached the end.

Growing According to Plan

A few weeks ago, your Network leadership team rubbed shoulders with the firearms industry at the SHOT Show. Each year, we share knowledge and experience, gather intel, and bring back a clearer vision of how the Network will continue the strong but sensibly-managed growth that has been one of the hallmarks that sets our organization apart from the competition.