The Top Three Errors Armed Citizens Make In Self Defense

An Interview with Marty Hayes, J.D.

Marty Hayes brings 30 years of expert witness work to his role as Network President. In those years, he has worked on cases needing an expert to untangle facts that could exonerate the client or explain the evidence so a jury can understand what happened. Through his work, Hayes has observed the criminal justice system–prosecutors, attorneys, juries and judges, as well as the defendants and the actions that landed them in court. In an effort to help Network members avoid some of the difficulty that befell those men and women, we’ve asked Marty to synopsize the most prominent lessons he’s learned that can keep armed citizens out of court.

eJournal: As you think about clients you’ve helped defend, can you identify the leading issues that make gun owners harder to defend in courts?

Hayes: A lot of times I get consulted on cases where the person is drunk, and I am not just talking about having had a beer or two, I am talking about getting hammered. They are carrying a gun and their drunkenness leads to poor decision making which leads to them committing a crime. For example, I just turned down a case that started when three people went out drinking. Two of them lived in the house where the shooting occurred. They invited the third to continue drinking with them in their home after the bar closed.

Now, at that point, nobody had any weapons on them and everything was good. The lady went to bed and the two guys stayed up for a while longer. An altercation ensued. There was some pushing and some shoving and a punch or two and the defendant in the case decided he was going to go get his shotgun. He went and got his shotgun and he came back down and for whatever reason, he shot their visitor dead.

In a world in which businesses keep secrets from customers and competitors alike for fear something damaging will get out, it looks to me like most everyone in the fledgling “after self-defense assistance” field is running scared and keeping secrets. That is, with the exception of the Armed Citizen’s Legal Defense Network, Inc.

Let me explain. Currently there are about seven to eight serious players in the game. And as time goes on, we learn about problems these players are keeping secret from their customers. For example, a class action lawsuit has been filed against one prepaid legal scheme by several of their customers. You should be able to find this with some creative Internet research. It will be interesting to see how it plays out.

This month, we conclude a topic of discussion that we started several months ago with our affiliated attorneys when we asked–

Suppose that a member keeps an extensive collection of legal rifles, shotguns and handguns locked in a safe, and uses his or her carry gun in justifiable self defense.

Can the gun collection be discussed in a trial to suggest to a jury that the armed citizen is a blood-thirsty monster, not a good member of the community?

How would a prosecutor or plaintiff’s attorney introduce that line of reasoning? If defending the member, how would you counter the accusation if it arose?

Our affiliated attorneys have provided a lot of great intel on this topic. If you missed the foregoing months, you’ll also want to read the responses from October and November then pick up the discussion with the responses below.

Prosilience: Building Your Resilience for a Turbulent World 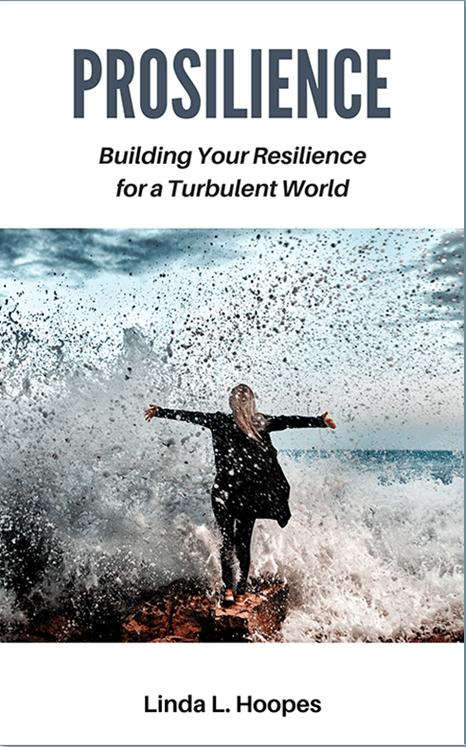 For the past few months, much of my reading has focused on coping with adversity through resilience, perseverance, courage, mental toughness, mental and emotional stamina.These strengths are applicable to responding to attack and coping with the aftermath. Some of the articles and books I checked out were far too esoteric, and more than once I simply quit reading because the material was inapplicable to daily life. I’d about given up when Claude Werner recommended Linda Hoopes’ bookProsilience: Building Your Resilience for a Turbulent World. While its focus is not specifically on self defense, its lessons are applicable to facing conflict and danger.

Happy December to all of our Armed Citizens' Legal Defense Network affiliates, members and journal readers. I was given the leeway to do something a little different this month. Since our members are always seeking knowledge about topics of concern to armed citizens, and with Christmas right around the corner, I thought some suggestions on books, videos, and information sources might be timely.

I polled the crew in the our office to ask what books, videos, and online resources armed citizens should read and keep in their research libraries. Here’s what earned the top recommendations:

As the Network starts the final month of 2017, we do so with a profound sense of gratitude for the friendship, support and loyalty Network members have extended to us this year and all the preceding years. We started 2017 with approximately 12,000 members and a Legal Defense Fund balance exceeding $900,000. Our track record at that point boasted 13 members who had received assistance from the Fund after self defense. It has been an exciting year, but as it began 11 months ago, we had little hint of what was to come.

In the months following the 2016 wrap up we published at https://armedcitizensnetwork.org/network-track-record we faced extremely strong competition, coupled with tremendous Network growth.