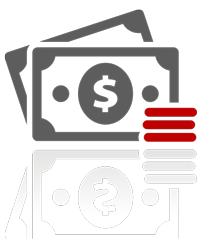 The purpose of the Network’s Legal Defense Fund is to provide legal defense support to Network members after a self-defense incident. This support is supplied at several points along the timeline.

First, the Network will work with your chosen attorney to make sure you have immediate legal representation by forwarding an agreed upon fee deposit to the member’s attorney. This money is intended to ensure a member has legal representation immediately after an incident, and that the member's attorney can pull out all the stops in protecting the member's rights, including being with the member during contact with law enforcement, hiring a private investigator to tie down the facts of what really happened, keeping the news media away from the member and his or her family, and other services as may be needed. This benefit is subject to a review of the facts of the case as known at the time and a determination it was a legitimate act of self defense.

In addition, if the member is charged with a crime or sued in civil court, the Network provides additional funding for a vigorous defense of the member's justifiable self-defense actions. Additional defense funding is available for appeals where there are appealable issues, and retrials, as well.

The Armed Citizens' Legal Defense Fund generates income from a number of essential sources, including an allocation of 25% of all Network membership dues and renewals, plus 100% of corporate donations, estate and bequest gifts, and personal contributions.

A portion is automatically deducted from each member’s dues and deposited in the Legal Defense Fund’s account.  Network members are entitled to case review by one of the Network experts and have access to contact information for Network-affiliated attorneys and expert witnesses. For this service, there is no charge beyond the Network membership fee.

Corporate philanthropy is growing as more and more businesses see the importance of the Network’s efforts.  Some corporations in the shooting industry make financial donations to the Legal Defense Fund while others donate products or services.  These products and services are then auctioned to the highest bidder through an Internet auction service, such as GunBroker.com.  Proceeds from these sales go directly into the Fund.  The Network shares information about the company’s donation and acknowledges the contribution to Network members and others who visit the auction site.

The act of giving a dollar amount or property to the Legal Defense Fund through estate planning is an option that should be discussed with your family, attorney, and financial planner.

Individuals make the difference.  Network members and friends can and do make private contributions to the Legal Defense Fund.  The Fund provides the financial resources to aid members against unmeritorious prosecution or civil law suit following a justifiable use of deadly force in self defense.

Network members share a common cause – the concept of knowledgeable armed citizens pooling resources to support one another’s legal defense.  Your personal donation will help achieve this goal.

Defending the Rights of Like-Minded Americans to Assist One Another

We had requested a stay of the cease and desist order (denied by the WA OIC's hearing officer June 30, 2020) as part of a lengthy and concerted effort to resolve this issue first with the insurance commissioner’s own hearing officer. (See November 23, 2020 Press Release) We sought but lost a judicial review in the Lewis County Superior Court and are now taking our issue to the WA Court of Appeals. We currently await a hearing date from the Court. Worried that the decks are stacked in favor of the State of WA, especially early in the legal process, we have for several years enforced a severe corporate austerity program, saving every available dollar and setting it aside to pay legal teams to take our fight into the courts if necessary. That fight has proven necessary and is underway.

Important: Please be aware that the costs of fighting this battle are entirely separate and are not drawn from the Network’s Legal Defense Fund, which is held back for the defense of members after self defense. That Fund is entirely for defense of members during the legal aftermath of self defense and has not been nor will it be used to fight this regulatory over reach.

We have been in regular contact with Network members explaining this situation as it unfolded. Many members have asked if they could contribute financially to the fight, out of their profound belief that this organization must survive to protect our Network family members in the legal aftermath that follows self defense.

If you share that belief, https://armedcitizensnetwork.org/join/fight-against-wa-insurance-commissioner provides options for online donations, or we welcome your phone call at 360-978-5200 Monday-Friday 8 a.m. and 4 p.m. Pacific Time. Checks and money orders, marked for “insurance commission fight” are welcome at ACLDNetwork, P O Box 400, Onalaska, WA 98570. Thank you for your wish to help! It is so very heartening to have you standing beside us in such a material way as we undertake this battle.