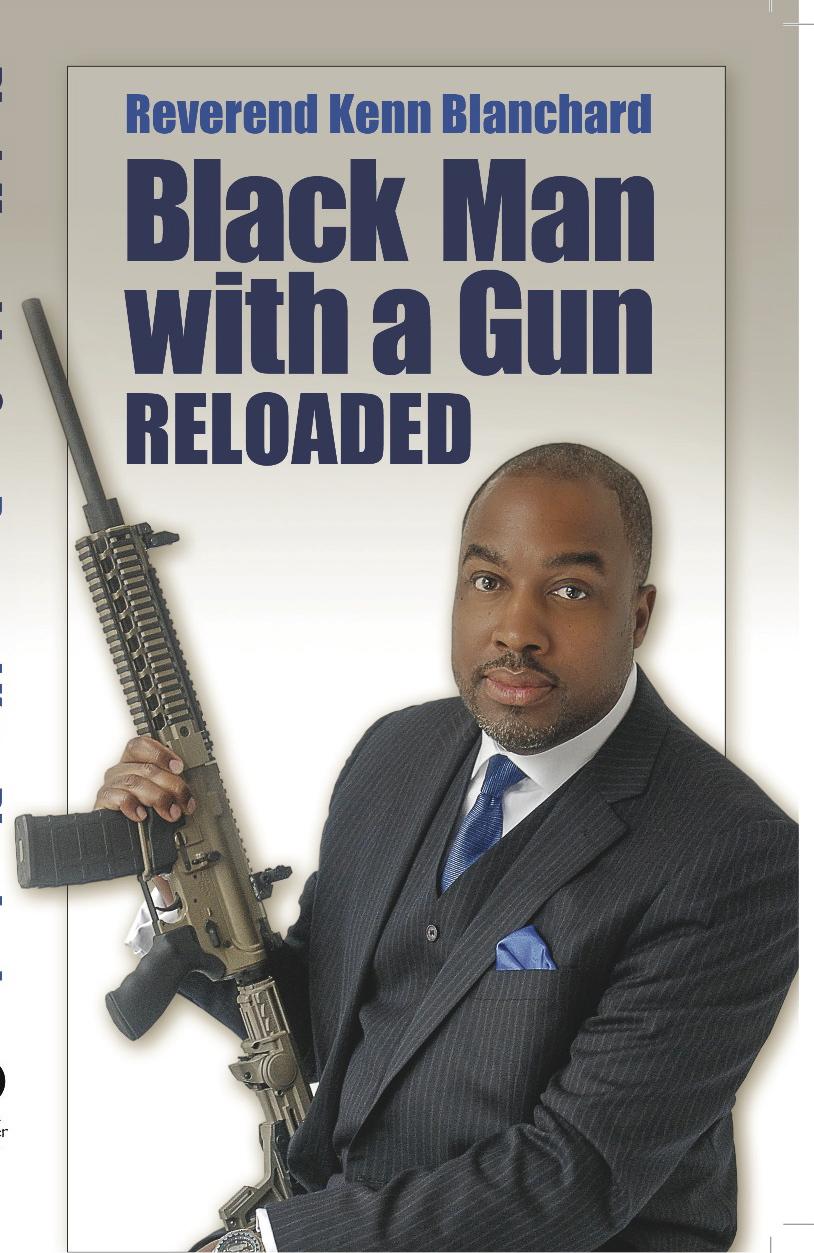 How can one man change the negative connotation of the words Black Man with a Gun? “The job was open, so I took it,” writes Kenn Blanchard in the introduction to the recently released second edition of his iconic book, Black Man with a Gun: Reloaded. Boldly claiming a description that creates discomfort for many, Blanchard employs irony and humor to make the reader rethink prejudices about guns, race, society and politics. Topics addressed are anything but funny as revealed in the first chapter in which he relates family history and how his grandmother’s shotgun kept him safe from dangers as diverse as domestic violence and a poisonous snake.

The young Blanchard regarded that shotgun much as he did the sharp ax in his grandmother’s woodpile: “We didn’t touch either without asking my grandparents for permission,” he relates. The same held for hunting guns with which black families put food on the table, he adds in the next chapter. From these homey remembrances, Blanchard explains the anti-gun convictions expressed by so many African American women.

After the civil war, he explains, blacks violating rules against possessing firearms or even ammunition faced mob violence resulting in the deaths of too many husbands and fathers. Today, violence among young blacks creates a similar unreasoning fear. “It is hard to overcome that fear in a black home where the matriarch often rules,” he explains.

Gun control is another legacy lingering long after slavery’s abolition. Blanchard personally tested the suspicion that the pro-gun powerhouse, the National Rifle Association, is comprised of rednecks and racists. With disarming self-analysis, he writes about crashing a NRA board of directors meeting, and finding that leading NRA members wanted his participation. Despite the power of joining up with others sharing the goal of freedom, “the hardest thing about being part of a group of over a million people is that we don’t all have the same goals, core values, or traditions.” Still, he writes about the late Charlton Heston with great affection, lauds the work of Neal Knox, Col. Bob Brown and other “old, white guys” burdened by traditions of another time.

In a lengthy discussion of the NRA’s achievements and challenges, he suggests that gun owners mistakenly complain about the fundraising and politicking for which the organization gets the most publicity, while the gun safety, marksmanship, hunting and shooting programs are forgotten. “Even if they don’t meet all your expectations,” every gun owner needs the NRA, Blanchard urges. “The National Rifle Association promotes the simple fact that all law-abiding Americans have the right to keep and bear arms, any arms.”

These rights have been denied blacks since the arrival of the first slave ships bearing men and women who were viewed as property, not human beings.