I received word that Network Advisory Board Member Dennis Tueller’s son, Dan Tueller, was recently shot while on duty for the Salt Lake City Police Department. According to Dennis, Dan was shot in the leg by an armed aggressor and is currently in the hospital, having suffered a very serious wound.

Apparently he and another officer were on a traffic stop when they were fired upon by one of the occupants of the car. The two officers, both of whom sustained gunshot injuries, returned fire and killed the criminal perpetrator after being shot. Dennis reports that his son will be laid up for quite a while, unable to work and while he will be receiving his base salary, it will still be difficult to support his family due to his inability to earn extra money.

I would like to think that we, the members of the Network, will step up to help take care of our own, and so I am alerting you to a fund raising effort to help Dan meet his financial obligations while he heals. $10 or $20 bucks each from a thousand people would be a real help to these young men and their families. Here is a link to the news story http://fox13now.com/2014/03/28/2-police-officers-hurt-1-man-dead-after-salt-lake-city-shooting/, and here’s a link http://slcsheepdogs.org/ to the fund raising site. If you can spare a few dollars, then that would be great.

A Girl and A Gun Conference

As I wrote last month’s eJournal column, I was attending A Girl and A Gun conference to give a legal presentation. I am happy to report that the conference was very well attended and the ladies who sat in on my two-hour presentation on how to reduce the likelihood of being convicted of a crime following an act of self defense were appreciative of the information. What I took away from the experience was a very positive feeling of hope for the future of armed America. Just a few years ago, a conference such as this would have never taken place, as those females who took their safety seriously enough to carry guns were few and far between. This demographic is changing though, and A Girl and A Gun is evidence of that. I promised you some pictures, so here are several. 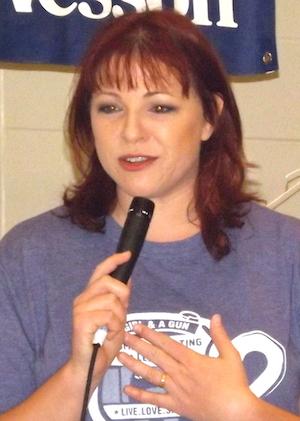 Below, left: Nikki Turpeaux speaking at the opening session.

Below, right: Hayes teaches at the conference. 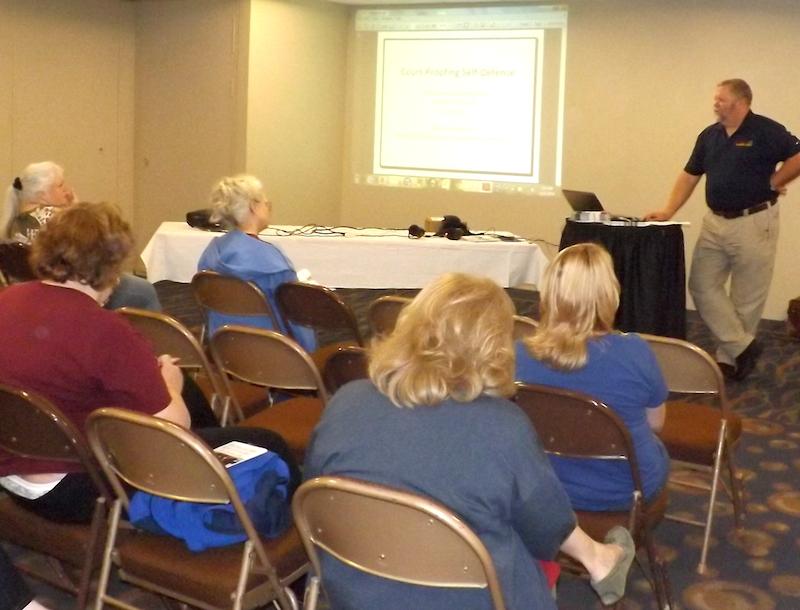