Along with Emily, we heard from some of the great movers and shakers in the run rights cause–Alan Gottlieb from the Second Amendment Foundation, http://www.saf.org/, Larry Pratt from Gun Owners of America (see photo below), http://gunowners.org/, Charles Heller from Jews for the Preservation of Firearms Ownership http://jpfo.org/ and many others. 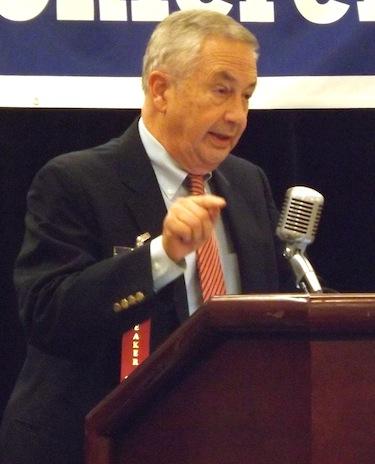 I was also given a speaking role at the conference, sharing a block of time with Massad Ayoob and Chris Bird. When our time on the schedule came up, the program was running late, with Alan Gura waiting to speak immediately after me. Instead of making him wait, I simply thanked Alan and Julie Gottlieb for the opportunity to speak at the GRPC, and then ceded my time to Mr. Gura so we could get back on track and give him all of his assigned time to address the 400 conference attendees.

Gura was the lead attorney in Heller v. Washington D.C., so I certainly wanted to hear everything he had to say about gun rights litigation that is shaping up in the courts.

Along with several other speakers, Gura explained that the court battles have certainly shifted to our favor, and they are expected to keep winning these Second Amendment fights. Of course, that optimism pre-supposes that we can keep the same five pro-Constitution justices on the United States Supreme Court. Pray for the health of Justices Kennedy, Scalia, Thomas, Roberts and Alito!

When I attend events like the GRPC, I always enjoy seeing old friends in the industry. This time, in addition to the aforementioned folks, I got to sit down and share a coffee with Dave Workman, editor of The GunMag, http://www.thegunmag.com/.

I also got to catch up with industry luminary Tom Gresham of GunTalk Radio (photo to the left) http://www.guntalk.com/. 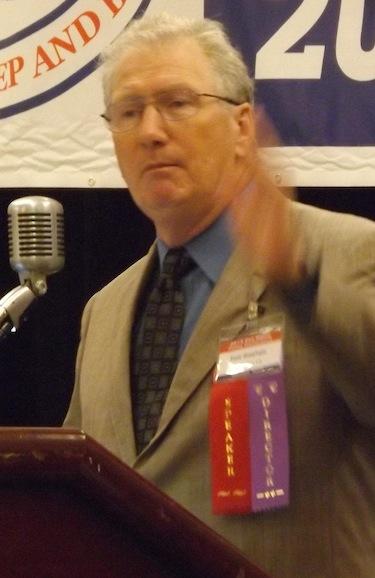 I spent most of the time at the conference sitting next to Gail Pepin and her significant other Massad Ayoob master instructor, famous author, and, we’re proud to say, Network Advisory Board member. In addition, I got to speak to a lot of fellow armed citizens. If you were among those I met, thanks for being part of the conference.