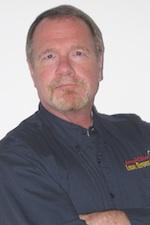 As I write this, I am looking out the window here in Seattle at snow. It’s late March and there is a freak snow storm on the Puget Sound and I am left to wonder not how my fellow citizens will fare on the roads, or what kind of delays there might be for the school kiddies, but how soon I can get to the range, since there won’t be anyone else there! Sorry...is that shallow? Oh, well!

This has been a very busy month in the Special Projects division (as I like to call my office/garage/truck) and the number of emails and calls has been non-stop. As we get closer to the annual NRA meeting, all sorts of our Affiliates and members are getting stocked up for the season and running quite a number of early Spring projects, specials and classes. Here are a few, just off the top of my head!

Len Twaroski, of Defensive Solutions LLC, wrote about an interesting development at a session he and partner Rick Young, attended: “Rick and I made the trip from Central Iowa to South Bend, Indiana for this class with Dave Spaulding (Enhanced Combative Pistolcraft at Defensive Solutions LLC) on March 16 and17. Norm Hood and the Kodiak Range were great hosts and the class was outstanding. We learned simple, common sense methods to help keep our families safe and to give us more tools to win under extreme circumstances.

Thanks for letting the membership know about this opportunity. I read Dave’s book last year and decided I would keep an eye out for a class that was reasonably close. He is a terrific instructor. We’re kinda jealous as we don’t have an indoor facility in our area and Kodiak is a quality venue. They are even constructing a shoot house. Great, great experience! Highly recommended.”

Some good news came in from New York, sent to me from Michael Mastrogiovanni, who got the information directly from Elizabeth Larkin, the Cortland County Clerk. “The New York Supreme Court has stated that they will issue an injunction against the new SAFE Act on April 29th—unless the state can prove that the law is Constitutional. This puts the burden of proof on the State of New York to show the Act is legal under the newly re-affirmed provisions of the Second Amendment, which is impossible. The Buffalo-based attorney who is spear-heading a lawsuit against Governor Andrew Cuomo’s recent gun laws said that Wednesday was “monumental,” as a State Supreme Court Justice issued an order requiring New York State to show good cause that the law is Constitutional. New York State has until April 29 to respond or else an injunction will be issued.”

Michael says, “Bear in mind that the U.S. Supreme Court recently ruled that firearms “in common usage” cannot be restricted and since the New York SAFE Act’s entire purpose is to restrict ownership of the single most popular firearm in the United States, there’s no way they can make a case that their law complies with the Second Amendment.