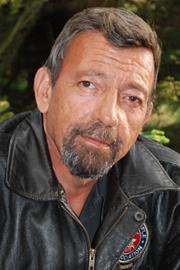 Ayoob: Yes, there was the Herman Kreutzer case. Basically, Kreutzer was a dad whose daughter was in a very abusive relationship with her husband. He and his wife took her back into the house. The abusive son-in-law came by the house and violently attacked him. He actually ended up with the guy choking him and he had to bite part of the guy’s finger off to make the guy stop attacking him.

As you might imagine, the family was absolutely terrified of this guy so they started arming themselves when they were on their property. The violent son-in-law comes back and pretends to have a gun inside an arm sling that he’s been wearing since his finger was bitten off. He says he is going to kidnap the daughter and do some other horrible things. Herman Kreutzer pulls a gun and shoots him. As the guy was dying, his last words were, “I guess I made a mistake.” Truer words were never spoken.

Kreutzer panicked when he looked for the gun and found out he didn’t have one. Like so many people who don’t understand the system, he figures, “Oh, my God, I’ve shot an unarmed man. They are going to hang me! What can I do?” He convinces his son to help him move the body and then he and his wife take off on an unscheduled vacation. Well, the body is found, and when somebody sticks a news cam in his face, he says, “I don’t know a thing about it.” When he finally admits it and tells the true story, he is seen as the little boy who cried wolf.

He was convicted of murder. There is no doubt in my mind if he had immediately called the police, who had a record of all the prior history of extreme violence of the deceased, they would have said, “Geez, dude, we are glad you had a gun.” It might have pro forma gone before a grand jury, which almost certainly would have returned no true bill.

Advice not to call police is given out of ignorance by people who do not understand the system. They take a sound bite from a criminal defense lawyer who says, “Don’t say nothin’.” Well, a high 90th percentile of criminal defense clients are guilty. The best advice for guilty people is to say nothing! They’re either going to tell a lie that they will get caught in that will hang them or give an inculpatory statement that will hang them. Reflexively, the defense attorney gives that very same advice to the very rare client who may someday end up in a self-defense shooting and be wrongfully accused. Essentially, you are getting guilty man’s advice from a guilty man’s lawyer and so you are going to end up with a guilty man’s verdict.

eJournal: Are you aware of any times that someone who acted justifiably in self defense called his or her attorney first? You know, that strategy has been recommended, and I’d like to know if it has ever happened and how it worked out.

Ayoob: See State of Florida vs. Tim Alessi. He went to prison. Alessi was going through a divorce with some acrimony involved. He stopped by the house to talk to his wife and pick up his son with whom he was going to spend some time. His wife’s brother, who had a particular hatred for him, was there. Let me explain how the people were arrayed: Mrs. Alessi is slightly off to the side facing her husband. Behind her, more squarely facing the husband is the brother.