An interview with Massad Ayoob

A surprising number of pleas for charitable assistance that come in to the Network office begins: “I fought off the attacker, got away and went home. Later, the police came and arrested me.” In other words, an altercation ensued, the caller escaped, and someone else called police and gave their version of events, implicating the intended victim, who is later utterly shocked when they are charged with assault.

I’m surprised at how many people fail to report a crime against them, apparently deciding that when the fight ended they bore no obligation to justify their actions. Looking at their mistake sympathetically, though, I detect a fear of authority so deep that they run away from law enforcement as well as from their attacker. It is true that police may well arrest all participants in a fight until they determine who willingly participated. The defender walks a fine line, needing to assure accuracy in any reports given law enforcement, from the first call to the dispatch center through statements made to investigators, all of which must be accurate but succinct. It is, perhaps, a misguided attempt to mitigate this exposure that has caused some to suggest that calling police after defending yourself is too risky.

Concerned that armed citizens are being confused by warnings about self-incrimination, I asked Massad Ayoob, a leader in citizen education about post-incident issues, for guidance about reporting self-defense incidents to law enforcement. We switch now to a Q & A format to most accurately share Ayoob’s advice with our readers.

eJournal: We’re hearing arguments both for and against calling the police after defending yourself. Some propose that the very call to 9-1-1 provides a basis for criminal charges against you, but we’ve always reasoned that you are not calling to report that you committed a crime but that a crime was committed against you! These conflicting opinions have many confused, so I’d like to explore this and related issues with you, hoping that your long experience working in the court system can shed the light of reality on this concern. 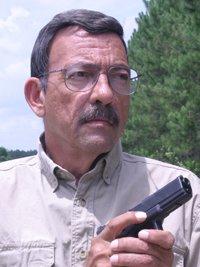 Photo: Massad Ayoob, internationally recognized trainer, and member of the Network's Advisory Board.

Imagine, then, that I’ve pointed my handgun at an assailant, stopped the assault, and gotten to a place of safety. In your opinion, should I call 9-1-1 now that the danger is past? Why?

Ayoob: I’d call 9-1-1 immediately. We’ve seen case after case where the bad guy didn’t go with the armed citizen’s fantasy script to run off wetting his pants. Instead, he left the scene, called in, made up a story where you were the one that attacked him, and HE got to be the complainant.

The criminal justice system is geared on the assumption that whoever made the original complaint is the victim and whomever they are complaining about is the suspect, the person of interest, and the perpetrator. You have basically let him subsume your identity. The failure to call in, and then when you leave the scene, essentially is seen as flight equals guilt.

The assumption is that you left out of consciousness of guilt and it is a very uphill fight to convince a jury otherwise. The jury figures that if they were attacked by someone so violent that they had to pull a gun on them, they most certainly would have called the police and if you didn’t, that sounds like, well, perpetrators don’t call the police; victims call the police. The other guy called the police, so he must be the victim and you must be the perpetrator.