Attorney, instructor and firearms expert Emanuel Kapelsohn has generously agreed to help us sort out the thorny question of discussing firearms training during courtroom defense of an armed citizen who has been forced to defend him- or herself. To most accurately share Kapelsohn’s detailed answers to questions about court-defensible training, we switch now to a Q and A format.

eJournal: Recently a Network member asked if attending one or more “gun schools” might create legal problems if the student were later involved in armed self defense. In light of your considerable litigation experience, I was very pleased when you agreed to help us hash this out. Thank you!

First, I’d like to ask about your multiple professions as an attorney, police firearms and tactics instructor, and expert witness in shooting cases. 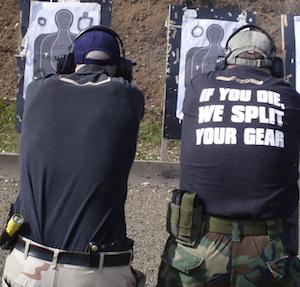 Above and right: How will a judge or jury for whom self-defense concepts are very foreign perceive the armed citizen’s training?


Your instructor credentials include recognition as one of the leaders in police firearms instruction, yet you’ve also been involved in many civil and criminal cases involving firearms and use of deadly force. What have been some of the high points of your career?

Kapelsohn: Well, Gila, I want to start by pointing out that, while I have done mostly police firearms instruction, I have also trained large numbers of private individuals and I continue to do so. I started as a professional firearms instructor in 1979 at Col. Jeff Cooper’s American Pistol Institute (also known as “Gunsite”) in Arizona. Working with Colonel Cooper, being a guest in his home, and working with the many other fine and accomplished instructors there–people like Clint Smith, Chuck Taylor, Dennis Tueller and others–was thrilling and highly motivating for me as a young instructor. Later, I studied or taught with other fine instructors, people like John Farnam and Ken Hackathorn and Jim Morell, and I learned important things from each of them. 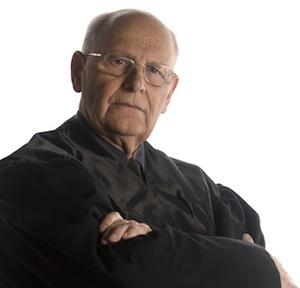