An Interview with Attorney Mitch Vilos

Utah trial attorney James “Mitch” Vilos, a Network Affiliated Attorney, is author of one of the best selling books on self-defense laws ever presented to a national audience. In Self-Defense Laws of All 50 States, Vilos analyzes the self-defense laws of each state, as well as including a number of chapters of more general information for armed citizens seeking knowledge that will keep them on the right side of the law. A trial attorney of over 30 years experience, and a shooting enthusiast who combines his love of firearms with a passion for defending gun rights and self-defense rights, it is hard to imagine an author better qualified to write on this subject.

Vilos spoke with us recently about issues he raises in his book, as well as other topics of current concern. We switch now to the question and answer format to share with you an enjoyable conversation with this knowledgeable advocate.

eJournal: We’ve all been told that attorneys would starve if limited to defending innocent people. When you defend the client’s decision to use a gun, is the gun owner usually entirely innocent or are there generally complicating factors that cast doubt on their innocence?

Vilos: I approach every case as if the gun owner is completely innocent. Sometimes there are complicating factors that lead to arrest and prosecution but you just have to believe your client and resolve all issues in his favor and go after it with a passion. Thus far, that has led to very good results.

I take every case as if we’ve got a perfect case and the government is stretching it. I not only do self-defense cases, but I defend gun owners and gun dealers in all kinds of legal matters. In many cases, if people are guilty, they are only guilty because the government says so. Many of the cases I defend involve “malum prohibitum” gun-control laws that are only crimes because the government says so. For example, it’s not morally wrong to possess gun accessories without a tax stamp that could be assembled into a machine gun or silencer. But doing so is an ugly federal felony. 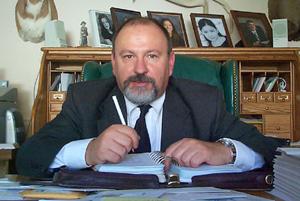 Many of these laws are not very well publicized and people accidentally and unknowingly fall into hidden legal traps related to the possession and ownership of guns. When I get a case like that, there are many possible defenses. I may approach it from the standpoint that the statute itself could be unconstitutional because it is so vague.

You have to do that analysis. Some statutes involve elements that are pretty easy for a prosecutor to prove. If that is the case, you look deeper and ask if the statute itself is constitutional. I am always looking for a way to represent my client zealously within the bounds of the law, and protect the right to defend oneself and one’s family.

eJournal: In cases where complicating factors, like being under the influence at the time of the incident or a concurrent violation of other laws cloud the claim of clear-cut self defense, how can a defense attorney separate the issues to protect the right to self defense?