Perhaps the biggest change in member benefits for 2011 didn’t really capture much attention. Network leadership had discussed it in prior years, and after fully studying the question, decided to extend the deposit against attorney fees to which members are entitled beyond situations where guns were used in the defensive act. A lot of our members, conscientious and law abiding, carry knives and other defensive tools in times, locations and circumstances where they are forbidden to carry their trusty self-defense gun. It made no sense to leave those members in the lurch should they have to defend themselves with what ever tool was at hand.

In addition, in May of 2011, the deposit against attorney fees was increased from its original $5,000 up to $10,000 for cases in which, given the facts of the case, it appears likely that the Network member will be charged with a felony. If the member’s attorney reports that the situation is more likely to result in misdemeanor charges, the deposit against attorney fees is $5,000. We were pleased to be able to increase the benefit as it is also a subtle measure of the Legal Defense Fund’s growing ability to provide meaningful intervention on behalf of our members.

Most of 2011’s growth, changes and accomplishments mirror expectations we expressed 12 months ago. Membership numbers didn’t quite reach the 5,000 that Network President Marty Hayes set as a goal, so we’ll have to work extra hard in 2012 to catch up to his expectations!

Increased recognition of the Network among American gun owners is making membership development easier with each passing year. 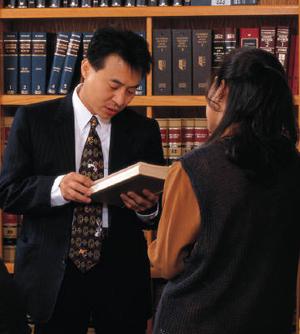 When the Network started in 2008, we introduced an entirely unique concept for armed citizens–a means of receiving assistance in preparation for and immediately after a self-defense incident, as well as later help preparing for and putting on a vigorous legal defense in court when necessary. A lot of people simply didn’t understand how the membership benefits would work, and tried to view the Network through their concept of other gun owner associations. We still work hard making sure potential members understand what the Network does for members and how it works.

During our first few years, we countered a certain amount of suspicion that the Network simply wouldn’t endure to be there if a member needed help three, four, six or eight years after joining. Most of those worries have apparently subsided, and with the introduction of multi-year membership packages, it’s became apparent that members who understand and are enthusiastic about the Network’s services and our mission are as convinced as we are about the organization’s longevity.

[End of this article.
Please enjoy the next article in this eJournal.]