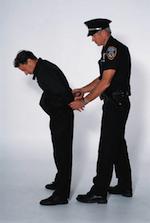 Here is a sampling of emails we received about the December journal.

“I found the advice in the December article on how to deal with [law enforcement contact] to be very good. But two points need to be hammered into the brain of anyone who might ever use a firearm for self defense.

First, know the circumstances that allow for the use of deadly force in your jurisdiction. Second, be able to explain how your situation meshes with those circumstances.

I recall responding to a shooting scene where a bar owner shot a disgruntled former customer. Said customer had been breaking up the bar with a pool cue. When I asked the owner why he shot the guy, all he could do was point to the broken bottles, glasses and furniture and say something to the effect of, ‘Look what he did.’ Fortunately for the owner, I was not the investigating officer. Equally fortunate, he was able to reach his attorney and get him to the scene.

I believe one of Massad Ayoob’s favorite words is ‘articulate.’ Verbal articulation is a skill as important to someone considering a firearm for defense as is marksmanship.

P.S. My credentials for offering these comments: Thirty-eight years of service (prior to retirement) with a major metropolitan police agency.”


“Congratulations on a great article describing the responding officer’s point of view and thought process when called to respond to an incident where a legally armed citizen is involved in a self defense action.

This topic is timely and essential to prevent the loss of thousands upon thousands of dollars during our defense of a legal act. The vast majority of us have no knowledge base to use in these interactions with police, and you are correct: we all have a morbid dread of contact with police.

More importantly, this article brought home to me the dread of the police: they do not know we are good guys. They are worried about being shot. So for us to expect a good guy response from the police is totally out of the question.

Thank you for providing this essential piece of knowledge for our members. It is one of the most relevant topics we have, and the one with the least amount of data available.”


“Best ever journal, Gila. The article on response to the police is the best I’ve ever seen. We’ll print it out and save it. The articles and content of this journal are first rate.”


“The December issue was very good. Thank you. In Marty’s article on handguns he is quoted as saying, ‘Whether or not the police might have occasion to take my whole collection is a discussion best left to another time, since it entails a fairly lengthy legal analysis of 4th amendment issues.’ I would very much like to see an article on this topic in the future. Not that long ago I did an itemization of what [guns] I had and what would be the replacement cost for an insurance company. I was shocked. I’d hate to have them all taken and left to rust and to leave me defenseless should the suspect’s family decide to take retribution. I would love to see your thoughts on the topic.”

Upon learning that further exploration of this issue is of interest to Network members, our Network President Marty Hayes has agreed to research this topic and write about it. We’ll allow him enough time to do a thorough job.