There I Was...When Nothing Happened:

True Tales of Real Self Defense From Professionals in the Field

In the book I review this month, Jason Brick brings together a large collection of essays by prominent instructors and use of force professionals that illustrates the art of threat detection and skillful de-escalation. The stories in There I Was often start with the authors embroiled in potentially explosive situations. While everyone agrees that avoiding danger entirely is preferred, there’s much to be learned from experiences in which skilled men and women defused brewing hostility. The anthology’s contributors all could win fights decisively but write convincingly about choosing other options.

Introducing There I Was, Brick wryly observes, “In my experience just about every story that ends with ‘...and then I whipped his ass’ starts with somebody ruining an evening out and screwing up a perfectly good de-escalation plan. The stories in this book tell about times that tough men and women, most of whom work professionally around violence, avoided that story.” 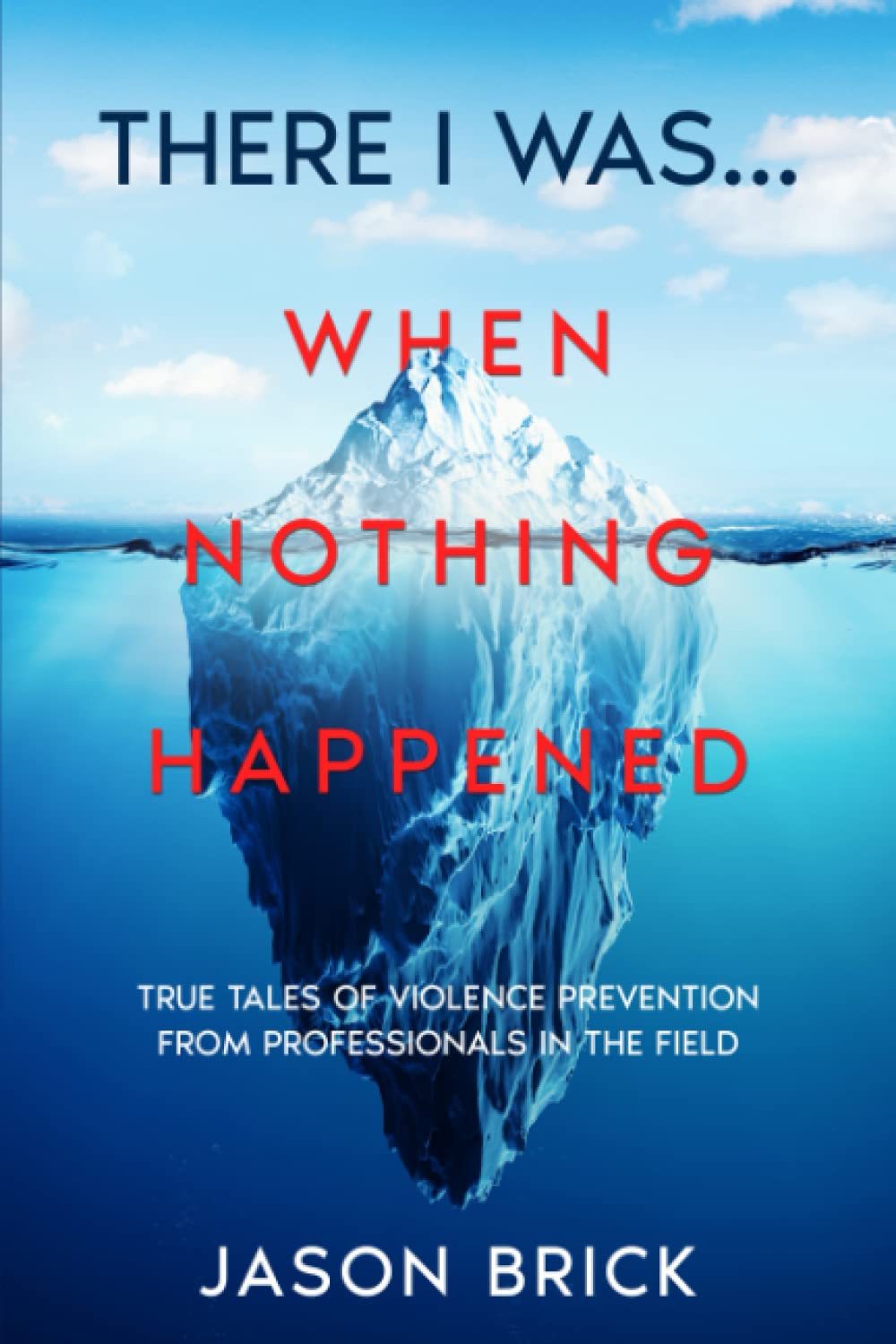 Preparation – Choose safe locations and know your companions’ propensity to fight or to de-escalate.

Awareness – “Keeping a careful eye out for change can be the best indicator of when things are about to go sideways.”

De-escalation – This approach starts earlier than one might think. Compliment, engage in conversation and maybe buy a drink for potential aggressor before he decides to fight. “Sometimes you can make them laugh and become buddies. Other times it just takes a sincere apology.”

Evasion – “If you can’t talk somebody into not harming you, it’s time to get out of there at speed. This can be as simple as turning tail and outrunning the bad guy, or it can be complex with distractions and obstacles. Evasion might not feel great, but successful escape is 100% more effective for preventing violence and injury than staying to fight.”

A section entitled Preparation includes a professional bouncer’s account of recognizing a biker gang’s hierarchy and engaging its president to avoid having to physically subdue a gang prospect who’s looking for any excuse to fight. In the same section, a corrections officer and his wife, having previously agreed on a strategy if approached by a released prisoner, deflate what could have turned into a shooting by following their plan. A law enforcement team leader writes of how he drew strength from earlier acceptance of his job’s dangers, keeping his cool to guide his officers through long hours of controlling a riot.

A student-housing landlord who turned an angry “helicopter mom” into a respectful ally uses the experience to teach active, engaged listening. He calls it “mindful listening,” and stresses that it works because “Invariably—even in cases that end in disagreement—I find some way to connect with that person.” He adds, “When I’m determined to truly put myself in the other person’s place, things go better. For both of us.”

Under the subtitle of Awareness, a veteran police officer tells of recognizing target glances while two other officers field-interviewed a pedestrian. Slipping up quietly, he took control of the suspect whom he found to be armed. The other officers were stunned. “How did you know he had a gun?” they asked. “I didn’t know he had a gun. But I did know by watching his eyes and body language that he was target-glancing your firearm and he was thinking about starting something,” explained this chapter’s author.

Greg Ellifritz tells of a midnight holdup on a Tanzanian highway by an AK-47-armed policeman. Although he knows his taxi driver has committed no infraction, he offers to pay the “fine” on the spot and is sent safely on his way for approximately 25 cents in US money, while avoiding possible ambush by accomplices.

In the De-escalation section, Rory Miller relates an experience from his career in corrections that emphasizes the value of courteous language, even when you may think courtesy is not due to an offender. This is a great example of de-escalation preventing violence by an aggressor who is working himself up to a fight.

That message echoes when There I Was emphasizes the value of a sincere apology. Teja VanWicklen illustrates several nonviolent ways to derail hostilities, including the “tactical apology.” The following chapter reports a road rage attack that is defused by a gesture of apology. Baffled when another driver chases his work van, a contributor writes, “My apology to de-escalate the driver of the truck was sincere in that I was sorry for triggering him...He wanted something from me and I gave it to him so he’d leave.” He compares the attempted ramming to a holdup, “But instead of a wallet, it was an acknowledgment and apology he desperately needed.”

A healthy dose of misdirection can derail a combatant’s focus and effectively de-escalate tensions. Marc MacYoung weighs in with a chapter about influencing the behavior of people who are drunk. Since appealing to reason is ineffective with the intoxicated, he outlines cons, cheats, misdirection, sincere apologies even though you’ve done nothing wrong or acting like the drunk’s buddy and ally instead of trying to enforce rules of behavior.

Martial artist and podcaster Jeremy Lesniak writes about his boring, uneventful life. He stresses, “De-escalation is worth the energy. Be it through logic, or humor, or my personal favorite - appearing so unbalanced as to make the aggressor question the ethics of attacking you - there are a variety of strategies at our disposal. Like anything, they are skills to be trained and improved...No one ever truly wins a fight. You may come out with less injury, or even without injury entirely, but in my mind, a fight means failure on both counts.”

Nearly every story told demonstrates that escape and evasion are not cowardly. Because many of the storytellers are famous martial artists, a common theme is disappointment expressed by companions who expected them to put on a brilliant display of fighting skill. One complained, “Hey man, what happened to all your Bruce Lee stuff? You didn’t do anything!” Teja VanWicklen tells of a woman who was criticized by a co-worker for, in Rory Miller’s words, “not surviving right.” The genuinely skilled professionals contributing stories to There I Was provide valuable encouragement to anyone who worries that escaping instead of standing and fighting makes them cowardly.

Sometimes a contributor of a story was plagued by self-doubt after getting away. One writer admits, “I felt so much shame and anger. My ego and pride couldn’t handle that I didn’t do anything heroic. I was supposed to be a martial artist, I was supposed to be the hero, and I did nothing to save the day.” He admits that he “beat himself up for years” over the events of a few minutes. Much later, he recognizes the suffering caused by ego and pride. “We have to truly know ourselves and win the war within, before we can choose what to fight for,” he urges. His chapter emphasizes the desperate need to teach not so much how to deliver countervailing force, but the many benefits of other survival options. This echoes an earlier comment by Jeremy Lesniak who urged, “Sometimes I wonder if we spend a bit too much time in our training on the physical side of things, and not enough on the emotional side.”

A number of people who have influenced me are contributors to There I Was and through its pages, I “met” new kindred spirits. Jason Brick’s anthology provides desperately needed instruction on a topic that doesn’t get nearly enough attention. This anthology of stories of missed opportunities for violence is extraordinarily valuable.