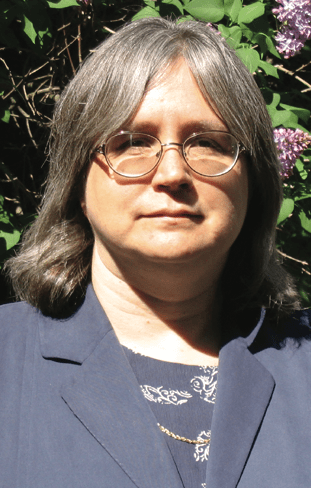 The Network is frequently asked about funding to appeal a wrongful conviction after use of force in self defense. While we can’t give non-members charity, our own members have a very legitimate interest in the Network’s provisions for funding appeals. As part of the up-to-half of the Legal Defense Fund we make available for legal defense of a member’s self-defense incident, the Network does fund appeals when there are appealable issues.

The questions we are asked suggest that some think appeals are another venue in which to assert their justification for use of force. This led us to seek out a widely-published attorney who has made appeals cases her career to ask questions about the ins and outs of appealing unfavorable verdicts.

Lisa J. Steele, Esq. specializes in indigent criminal defense appeals in MA and CT. At various points in her career, she encountered defendants who said they had acted in self defense but were convicted at trial. This led to research on self-defense law, defending self-defense cases, firearms law, forensic firearms identification challenges, perception and memory and numerous related topics, many about which Steele subsequently published scholarly articles. She has taught classes on firearms and self-defense law for a variety of agencies as well as teaching for Gun Owners Action League for many years.

If you read my column last month, you heard about my pending trip to Gunsite Academy, and my invitation for Network members to meet and shoot the Gunsite Alumni Shoot together. While we were pleased to stop and chat with a number of our members throughout match day, we only managed to organize three of us into an informal Network shooting team consisting of Mike Martin, Gila and me. If you are one of the thousands of Network members who did not make it to the Gunsite Alumni Shoot, I will fill you in on how it went.

I have said for many years that the Gunsite Alumni Shoot is the most honest shooting match in the country. Why? Because there are no arcane rule violations to avoid, and just a few logical rules to follow, that’s why. Each stage has a stage briefing that spells out the simple rules to complete the task. Guns used are simply good self-defense guns. This was a 10-stage match, with each stage designed and worked by the Gunsite instructor cadre.

In recent discussions with Network members about preparing their family members to notify the Network on the member’s behalf after a self-defense incident we’ve been surprised how many members had contact details stored in their smart phones and had not considered that the phone could be taken by law enforcement after a shooting. We reached out to our affiliated attorneys for more input on the likelihood of a personal cell phone being available once a shooting investigation has commenced. We asked our affiliated attorneys–

Is it common for investigating police officers to take cell phones from armed citizens involved in use of force in self defense, even if the armed citizen is not taken into custody after the incident? If this is common procedure in your area, how long does it usually take for retrieval of personal items seized during an investigation? How does this vary if the person is or is not charged with a crime?

Your Most Powerful Weapon:
Using Your Mind to Stay Safe

I like to study books that offer awareness tune ups along with training about how violence slips inside the guard of even watchful people. One of my favorite authors for this kind of reality check is Steve Tarani, who has trained personnel for the US Department of Defense, FBI, Homeland Security, low profile intelligence agencies, and other security organizations.

In Your Most Powerful Weapon Tarani explores why people so often fail to detect or even react to threats. Desensitized to violence by news about crime and terrorism, we still manage to convince ourselves that we’ll not be targeted. That disables our ability to react effectively. When people face danger, the phenomenon of normalcy bias creates disbelief he continues and, “you...greatly underestimate the severity and the most likely consequences. This, in turn, causes you to reinterpret the event, instead of taking evasive or decisive action.”

The Network keeps procedures fluid because we’ve found flexibility essential to providing members the most help in the briefest time possible after self defense. That flexibility is a tough concept for potential customers who call or email asking for detailed policy statements; charts of how much money is available “at different levels,” rules mandating how much money will be provided for different types of self-defense situations or paid for different tasks attorneys undertake along the legal process; detailed flow charts of who handles what, and lists of exclusions or situations that would limit or negate assistance. In short, a lot of questions suggest that much of the public thinks that the Network is just one more insurance reseller because many of the questions asked aren’t even applicable to the Network’s membership benefits.