Yesterday we took a call from a man who was asking questions about the Network. Eventually I ended up on the phone to answer one final question for him. He was from Northern California, and told me that while he can lawfully carry in his own county, he said that privilege does not extend to visits where his grandchildren live.

I made sure that he understood that Network benefits would not extend to members breaking the law when they had to use force to defend themselves, adding that everyone had free choice in how to live their lives. No one is forcing him to live where he lives, and no one is forcing him to visit where he cannot legally carry a gun. That is free choice. I then made an example of myself, as follows…

It is rare that I am not armed, but sometimes I make the conscious decision to un-gun, in order to participate in an activity that I feel is important enough to merit going without the benefit of being armed.

One such example is air travel. Passengers cannot board a commercial flight armed, and so, when I have a choice, I prefer to drive. But driving is not always a logical choice, so the gun(s) go into the checked baggage, and I spend the next few hours without a gun at hand.

Then my caller and I discussed my activities yesterday, which included refereeing a high school football game. I explained that I believe refereeing high school football is important enough for me to lock the gun in the car when I arrive at the school, and if attacked, the best I could do is throw a flag and blow my whistle. I thought the image was funny enough to take the photo below at my next game. 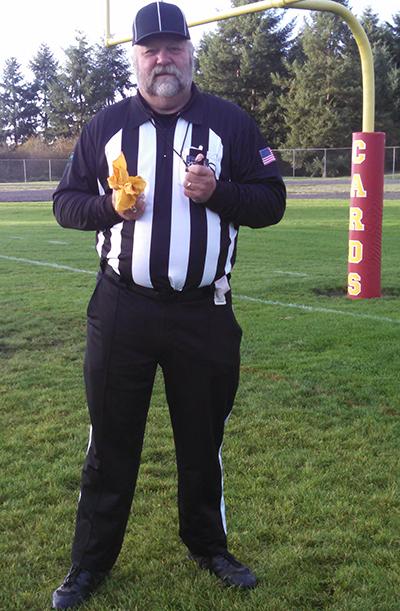 But seriously, illegal gun possession is an issue with which we here at the Network struggle. Recently, in Oregon, we had a mass shooting on a college campus, where the gunman killed himself and nine others and wounded many more. Umpqua Community College had declared the campus a “gun-free zone.” But, wouldn’t it have been refreshing to find out the shooter was stopped in his tracks by an armed citizen ignoring the gun-free zone signs? That armed citizen would have been a hero to most, and I doubt our fictional hero would have faced severe punitive action beyond the likelihood of suspension from school for carrying a gun onto campus. That is no different than when someone carries a gun into their gun-free work place, and gets fired because of it.

The Network’s policy of not granting benefits to members who violate a firearms possession law while defending themselves was originally drafted to address convicted felons who are prohibited from owning and possessing firearms.

The fact that many businesses and organizations make themselves feel good by posting “No Guns Allowed” signs certainly muddies this aspect of Network policy, because many times–especially on private property–disobeying the sign is not a crime in itself. You must know your state’s laws. Having said that, if a Network member didn’t see the “No Guns Allowed” sign at the entrance to the shopping mall, and was not subsequently charged with a gun crime after a lawful act of self-defense, we would provide him or her Network assistance.

But, elementary and secondary schools are a different issue altogether, as gun possession on school campuses is against the law in most jurisdictions. That is why I locked my gun in my car the other night.

I hope this has clarified access to Network membership benefits for our members. I appreciated the good discussion I had with Lloyd from Northern California (who called back the following day and joined the Network). I figured if he had this question, others might, too. Thank you for asking the question. 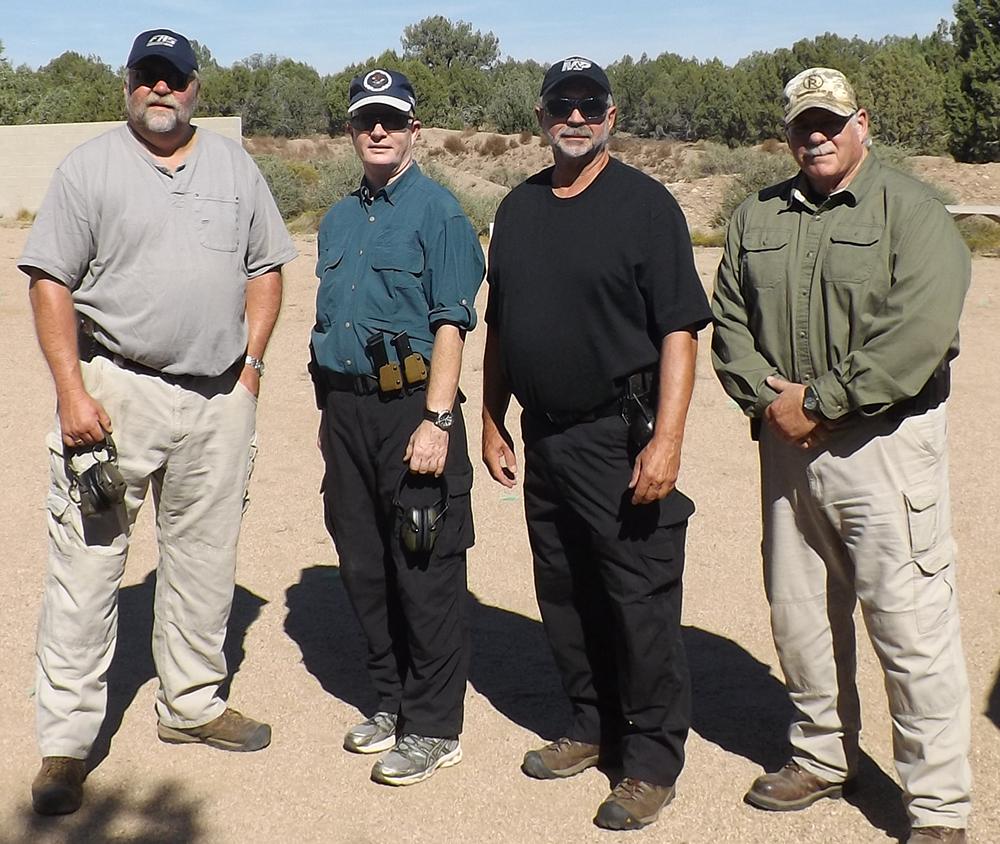 Network Vice President Vincent Shuck and I took a trip to Arizona last month, and became part of the Gunsite Family. We took Defensive Handgun-250 (I’ll tell you more about that experience next month) where I was very pleased to run into two Network members, Othello Rowland and Mickey Younkins. I told them if they posed with Vincent and me, I would get their picture in the eJournal (see photo, left).

On my return trip from Gunsite, Network Affiliated Attorney Tim Forshey and I tag-teamed a lecture on deadly force law and the aftermath, at what I called a “prepper gathering.” What it really was though, was a gathering of about 200+ true American patriots, organized by Network Affiliated Instructor Jay Okimoto, with proceeds benefiting Oath Keepers of Arizona. (See us in the photo below.)

It was enjoyable to just be amongst people who think like I do and who were not afraid to be identified as gun-owning patriots. The gathering was held at S.H.O.T.S. Ranch, which is east of Kingman, AZ. Jeff Jolly is the owner of S.H.O.T.S. Ranch, and I would highly recommend those Network Members who live in Northern Arizona to check out his facility. One caveat though, the road is not conducive to big RVs. My truck and camper did fine, but something 40’ or longer might have some problems. 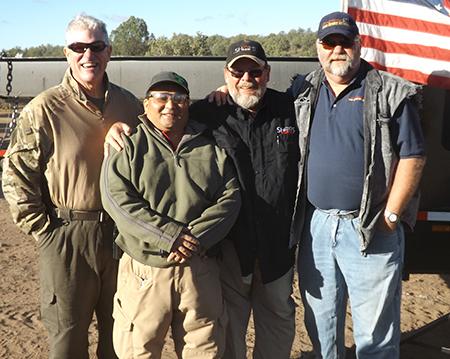 My part of the event found attorney Tim Forshey and me sharing information with some attendees in an informal setting. There was simply too much going on for large crowds to attend our part of the program. That’s okay though, we had a good time anyway, and educated some great people on the rights and responsibilities of armed self defense.

Click here to return to November 2015 Journal to read more.