Sometimes I really like my job, especially when I get to announce milestones like the one I am about to announce. Today’s announcement is that the Legal Defense Fund is fully funded, with the astounding sum of TWO MILLION DOLLARS! That is right, “two million” is not a typo.

Thanks to our loyal members who keep renewing like clockwork, and thanks to each member who contributes a little extra to support the Legal Defense Fund when they pay their dues, and thanks to our corporate sponsors who donate goods and services for our auctions to raise additional money for the fund, we have achieved this lofty goal. That means that we are no longer worried about running out of money for our members, and we can concentrate on other worthwhile goals–like building up the fund another half a million dollars or so and using that extra to fund the legal defenses of our members, while keeping the Fund balance well in excess of this two-million-dollar figure. 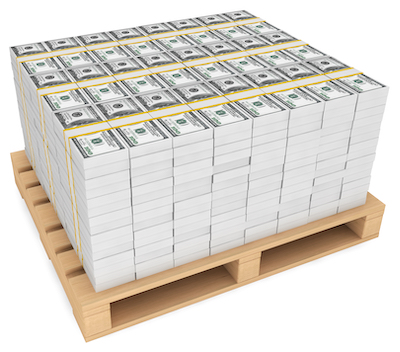 I think back to a few years after we started the Network and we had only about $50k in the Fund. About that time, one of the major competitors had just announced their legal insurance plan, and a sycophant of that business was spouting off on an Internet forum that he was worried about our legal defense fund “tanking” (his words not ours) and how that new business model of using insurance to back their clients was, in his opinion, the only way to go. We answered a lot of questions that internet claim spawned, explaining the Network’s Legal Defense Fund growth and its use on behalf of members. Well, several years later, everyone can see that the Network’s Fund didn’t “tank,” a fact of which I was never in doubt. I never doubted that we would succeed and that we would grow the Fund to the two million dollar balance it contains today.

I am writing this before leaving for Indianapolis and the NRA Annual Meeting, so I will cut this message short. I promise you a longer message next month. I expect we will have a lot to talk about then.