I use this column to pretty much express what is on my mind at the time of writing. What is on my mind at this moment is the accompanying photograph of the new stickers on the door of my local credit union. They were not there when I opened the account, but obviously there has been a spate of political correctness afflicting the management of the TwinStar Credit Union, in Onalaska, WA. My first thought was to simply go down and close the account, and open another somewhere else. That would be the easy thing to do. But, having thought about it for a few days, I think I will take another tactic. I think I will use the opportunity to educate the directors of this 100,000 person credit union about the power of the armed citizen. 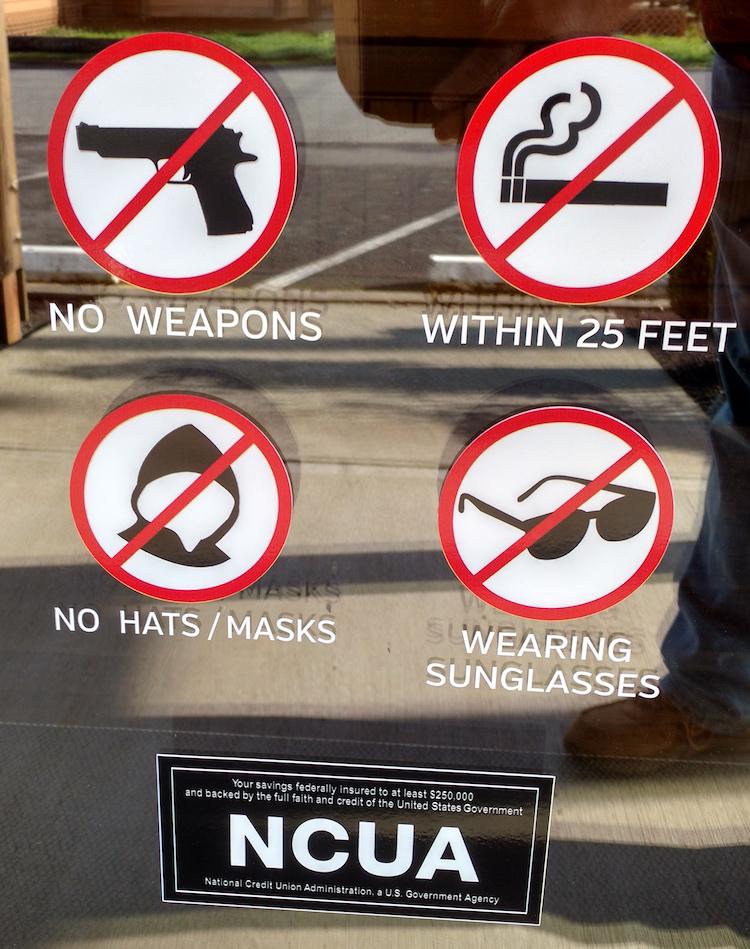 So first off, I have included a link to their FaceBook https://www.facebook.com/TwinStarCU/, where if you are as annoyed as I am, you might just want to “Like” their page and ask them what’s up? If a thousand or so people started asking them to explain their policy, I think that might have some influence.

Then, I will ask to meet with the president of the Credit Union to vent my concerns about their policy, and of course, give them a choice. Take down the sign or lose my business. And in addition, perhaps a letter to the editor of the local newspaper, along with a phone call discussing the issue on our local radio talk show might also bring this issue to light. I will let you know how it goes.

Are you a shooter?

I know, we are all shooters. But I mean a REAL SHOOTER, one who shoots several thousand rounds a year? One who the rest of your gun club looks up to? You know the guy, that when you show up for an event at your club everyone figures they are shooting for second place.

If you are THAT type of shooter, then the following may be of some interest. Richard Davis, of Second Chance Body Armor fame, for years put on a Bowling Pin Shoot that was the most fun, and if you were a good shot with a heavy kicking handgun, a possibly rewarding time, too.

For a myriad of reasons, the shoot was not held for a number of years, (see more at www.pinshoot.com) but now it is back AND the Network is going to be a part of it!! 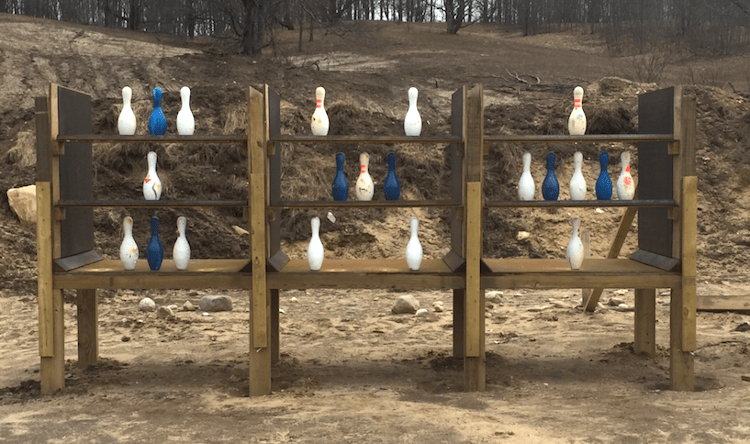 Massad Ayoob and I will be at the new Pin Shoot as competitors, and the Network will be participating as a sponsor, because the type of serious shooter seen at this match is also the type of person we want in the Network. Besides, this is simply a grand time for shooters, as not only is the shooting fun and exciting, but the friends you make and memories you make are priceless.

Here is a video from an early match https://www.youtube.com/watch?v=mh_DyN96_8I&list=PLIZWIzZfndUr767nCwHg_i6b1qTjPQI6s, circa 1986. The pin set-up changed from the flat table to a multi-tiered table in the early 1990s, but the essence of the match remains the same.

I wonder how many Network members are pin shooters, and if any others will be at the match. If you show up, bring your hat (or look me up, show me your membership card, and ask me for a new hat. I will bring a few). Hope to see you there.

And, speaking of hoping to see you there, I am looking forward to meeting everyone who stops by the Network booth at the NRA Annual Meeting this weekend. See us in booth #2515.