This past November and December, as most of America was busily preparing for the holidays, our nation’s law enforcement officers were hastily preparing to combat large scale urban riots, surging mob violence, and deadly ambush attacks. To them, the season was not a time of Thanksgiving, Peace and Joy, and Goodwill Towards Man.

In the wake of the politically-charged shooting of Michael Brown (a strong-arm robber who assaulted a police officer and tried to kill him with his own gun) many parts of urban America erupted into chaos. Encouraged by race-baiting opportunists, scoundrel politicians, radicals and the media, large crowds of angry people were whipped up into an anti-cop frenzy and officer injuries mounted as the mobs were incited to riot, arson, loot and commit acts of violence against police officers. 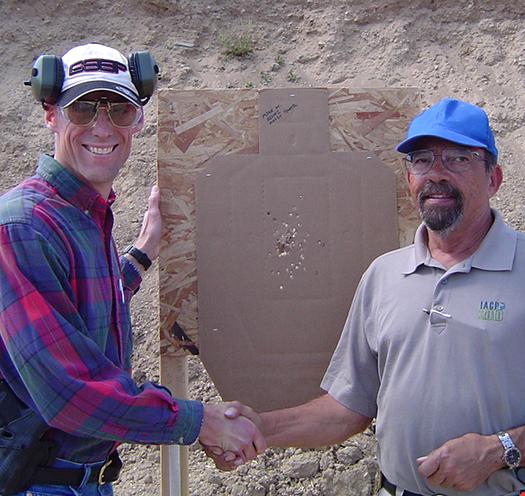 Officers across the United States became the targets of hostility and misdirected anger, as well as scapegoats for failed social policies that have left inner-city America a shambles. When they used justifiable force to defend themselves or the public, or to arrest a violent criminal who would not submit, they were immediately accused of overreaction, or worse, murder. Traditional bases of support eroded. They were accused of widespread racism by no less a figure than the Attorney General of the United States, and the President himself described this seething anger towards the police as “understandable.”

An escalating pattern of violent attacks on law enforcement reached a crescendo in the ambush-style murders of New York Police Officers Rafael Ramos and Wenjian Liu, but the violence didn’t stop there. Another two officers would be murdered before the year was out, bringing the total for November and December alone to eight line-of-duty deaths attributable to assault or gunfire. In some parts of the nation, police officers were even ambushed in their own homes, while off duty.

Suddenly, it seemed like the entire nation was at war with its police.

The majority of Americans still respected their police officers and were supportive of them, but this silent majority wasn’t getting any airtime on TV or radio. Amidst a growing wave of anti-police activities and media coverage, many officers around the nation began to feel vulnerable, isolated, and targeted. Many began to openly express the sentiment that “Ferguson changed everything” in their relationship with the public they served.

And indeed it had. It was almost like the nation had gone backwards in time, to the violent and turbulent late 1960s and early 1970s, where the police were under widespread physical and verbal attack from all corners of society, and law enforcement injuries and deaths reached an all-time high. Even the language of that era made a comeback—it had been decades since the derisive term “pig” was popular with those who opposed the police, but the murderer of Officers Ramos and Liu reintroduced it to a new generation of criminals and radicals.

In places far from Ferguson, MO, officers began to feel the backlash of anti-cop sentiment that had never been stronger in the course of their careers. Worse yet was the growing sense of fear and distrust of police amongst average Americans, stoked by a complicit media. Officers all over the country reported this subtle change in the public psyche—the people that cops used to count on for support were being fed a message that the police were brutal, racist, violent, and could not be trusted.

As the public became increasingly wary of the police, the gap between them seemed to be widening.

The Police and Armed Citizens

This situation has ramifications for Network members who lawfully keep and carry weapons. The relationship between a police officer and a legally armed citizen centers on trust, but if the general relationship between the public and police is eroding, then this places a great strain on the interaction between armed “good guys” on both sides of the badge. This increased tension could have disastrous results, particularly for citizens who lawfully carry concealed weapons in public, so it’s to our benefit to do what we can to reinforce that feeling of trust and mutual respect when we interact with law enforcement as an armed citizen.

To that end, I would suggest the following tips when you encounter a law enforcement officer as an armed citizen:

Keeping these tips in mind will help you to repair some of the recent damage to the relationship between the public and their police, and will also ensure everyone’s safety. A simple “Thank You” would also be a nice touch, if you get the chance.

Be safe out there!

Mike Wood is a Network member and the author of Newhall Shooting: A Tactical Analysis. See his website at www.newhallshooting.com for more information. He is shown (left) in the photo above receiving Massad Ayoob's congratulations on a perfect qualification target.