Sometimes reality is stranger than fiction. I got a call the other day from a young lady who was looking for “self-defense insurance” for those times when she is protesting and has to defend herself from cops wanting to arrest her. Well, of course, first of all, the Network is not an insurance product, but setting that aside for a minute, I was just about rendered speechless by her request. In fact, it took some questioning on my part to make sure I understood her correctly. She went on to explain that she has the First Amendment right to free speech, and then segued into her right to protest, after which she concluded that since she has the right to protest, if anyone wants to stop her with force, she then has the right to defend herself. Hmmm.

So, what is wrong with her argument?

Well, first off, a person does not have the legal right to resist arrest. As I learned it in law school, even if a police officer is using illegal force against you (except deadly force) you have no right to resist, but instead, you are required by law to submit to the arrest. Then, your recourse is to sue the police for that unlawful use of force. The only time you can legally resist force being used against you by law enforcement is if that force being used against you is likely to cause your death or grave bodily injury. If anyone, especially the attorneys reading this, has a different take on this subject, please send me an e-mail outlining your thoughts.

But, let’s assume for a minute that the force used against you was illegal and likely to cause your death. If you kill a police officer during a protest (assuming you survive the encounter) then you will likely be arrested, prosecuted and convicted of murder. Why? Because in every jurisdiction I know of, you would be considered to be the “first aggressor” in the confrontation. The court would likely believe that your actions precipitated the violence, and if you are deemed to be the initial aggressor, the legal defense of “self-defense” would be disallowed by the trial court. For example, here is what the Washington State Courts say about this subject:

“No person may, by any intentional act reasonably likely to provoke a belligerent response, create a necessity for acting in self-defense [or][defense of another] and thereupon [kill][use, offer, or attempt to use force upon or toward] another person. Therefore, if you find beyond a reasonable doubt that the defendant was the aggressor, and that defendant’s acts and conduct provoked or commenced the fight, then self-defense [or][defense of another] is not available as a defense.”

So, if our intrepid young protester voluntarily joins a protest involving civil unrest, I would think it reasonable to assume the trial court would not give a self-defense instruction for her case, and absent the right to claim self defense, she would all but certainly be convicted of either murder or manslaughter.

Considering the above, one of the reasons the Network has a review process of a member’s case before granting money for the legal defense of the member (with the exception of the initial $10,000 retainer paid for the immediate representation of the member), is to give us a chance to make sure we are not spending the Legal Defense Fund money to defend obvious criminal acts. Just to clarify, to this date, we have not refused any member’s request for funds. 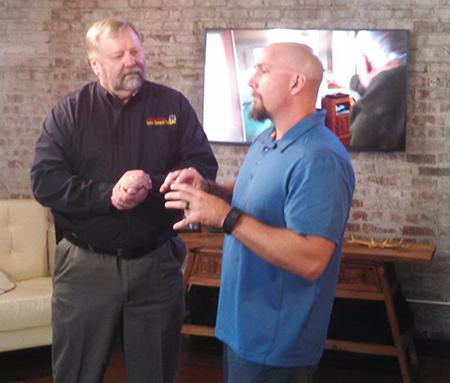 Now, this also leads me to another thought: I wonder how some of the pre-paid legal companies would handle this situation? Would they do as they advertise, and give that young lady who engaged in a protest and then killed a cop a complete legal defense? She would be claiming self defense, and there is no screening process, from what I can see from looking at these legal services plans. Well, fortunately, that is not my worry. But that sure was an interesting phone call, nonetheless.

The Best Defense and the Network

In 2016, the award-winning TV show, The Best Defense, will once again feature a legal commentary at the end of each show, which I flew to Tulsa to film last month. When I first started doing these segments several years ago, I felt like the proverbial fish out of water. Give me a jury to talk to about self defense or forensic/ballistic issues, and I have no trepidation. But when I first started filming videos and the TV show, I was, frankly, a basket case. Talk about a nervous wreck! Completely out of my comfort zone. But, one thing I have learned over my 60 years is that you don’t grow without doing new things, and pushing yourself to overcome your fears.

I was amazed when we filmed this year that, for the most part, all the nerves and butterflies were gone, replaced with the confidence that any screw-ups that might happen will be fixed in the editing suite! I am constantly amazed at how well the folks at The Outdoor Channel can take the raw footage and turn it into a good looking, cogent product. Of course, it helps to work with great professionals like the three Micheals, Bane, Janich and Seeklander, along with producer Jeff Murray. I think you all who watch the show will enjoy the season. The show airs on The Outdoor Channel every Wednesday night, and the new season is now upon us!

Photo, above left: The Best Defense host Mike Seeklander poses a question to Network President Marty Hayes during filming for the 2016 season.

Photo, below left: It’s smiles all around at the end of filming for The Best Defense’s 2016 season. On camera [L to R} were host Michael Janich, legal commentator Marty Hayes and host Michael Seeklander. 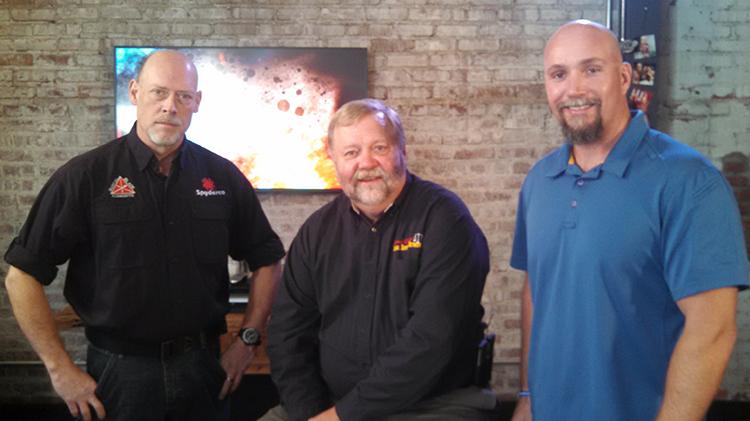 The Network crew goes to SHOT

In mid-January, if you see Gila, Vincent or me walking down the halls or resting our weary feet on a bench at the industry convention, the SHOT Show, be sure to say “hi.” We enjoy meeting our members, and getting feedback from them about how we are doing. Of course, we are all “gun people” and enjoy seeing all the new stuff being brought to the market, but the main reason we go is to meet up with the Network Advisory Board. We will once again have the opportunity to break bread with the Advisory Board, and get their feedback on how the Network is doing.

We also spend our time making new professional contacts, which can advance the goals of the Network, along with renewing old acquaintances. I have been going to SHOT for 25 years, which means I know a whole bunch of people in the industry. I can’t walk an aisle without running into one or more of my old friends, and that is always fun. And now every once in a while, some complete stranger comes up to me and introduces himself as a member of the Network. That makes me feel good to have such a positive influence on people’s lives.

With that, let me close by wishing a Happy New Year to all reading this.

Click here to return to January 2016 Journal to read more.