State of the Industry

I just got back from a quick, two-day visit to the SHOT (Shooting, Hunting & Outdoor Trade) Show and if glitz and smiles are any indication, the state of the industry–despite what people say about the “Trump Slump”–is encouraging. I saw no indication of gun makers and other product manufacturers downsizing. The halls were filled with people going to and fro, with their minds on making money. 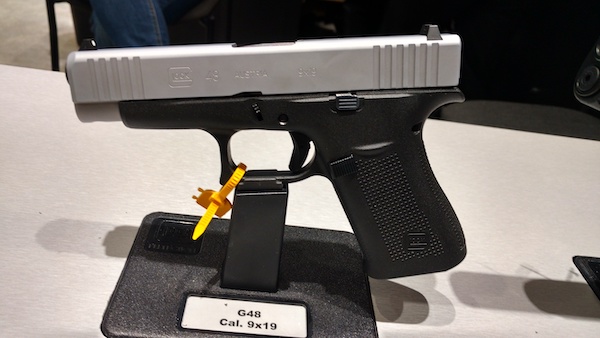 Unfortunately, I did not get a chance to see all the new stuff, as my day to check out all the products was cut short by illness. I did get to fondle the new Glock 48, which looks like a real winner. I understand that they are currently shipping. I will be picking one up for my shooting school to share with students. I did get to see some old friends, and unfortunately missed others, but there is always next year.

Despite having no insurance components to our Network membership benefits, people still lump us in with the “Self-Defense Insurance” crowd. I really wish people would stop doing that, because the Network is emphatically NOT INSURANCE! When I began discussing this concept over 10 years ago, I knew for sure that I did not want an insurance component associated with the Network–for several good reasons.

First, whenever an insurance carrier is involved, they want to make profit. Lots of profit. Look around at the major league sports stadiums. Many are named after insurance companies. Money is a good factor in insurance, but, if the insurance companies are making money, then that means money is coming out of your pockets. I wanted the membership fees for the Network kept as low as possible.

The next problem that I wanted to avoid is the fact that insurance pays off AFTER a contingent act. (An example is an acquittal in a murder trial). See Washington State’s definition of “insurance” below:

RCW 48.01.040
“Insurance” defined.
Insurance is a contract whereby one undertakes to indemnify another or pay a specified amount upon determinable contingencies.

In layman’s terms, the insured and the insurer sign a contract requiring the insurer to make payments to the insurance company, in exchange for money if something happens, but that something is out of the insured’s control. In the case of “self-defense” insurance, that contingency is the acquittal.

What is interesting, is that other self-defense insurance plans were getting beaten up because the acquittal had to happen before the payoff. For the most part, the insurance-based plans have all added in provisions to pay up to a certain amount for the criminal defense up front. Each of these companies is different, so read the fine print.

The third major reason why the Network is NOT INSURANCE is that each state in the union has an office occupied by a bureaucrat called the “insurance commissioner.” The field of insurance is so fraught with the potential for fraud and deceit that the states needed an insurance watchdog to police the insurance companies.

The last reason I choose to form the Network as membership benefits and not as insurance is that insurance can be cancelled at any time. If your insurance company doesn’t want to continue to insure you, all they have to do is invoke the cancellation clause in your policy and you are out of coverage.

Let me repeat: the Armed Citizens’ Legal Defense Network is NOT INSURANCE and it never will be. We are unique in the industry, and we believe that uniqueness is part of the reason that the Network has grown to its current size of 17,000-plus members not through outlandish claims (puffery) but instead through the stellar reputation of our advisory board and our level of service to our members. We look forward to more of the same in the coming years.