Including ... Use of Lethal and Non-Lethal Force Without Guns in Self-Defense • President's Message • Attorney Question of the Month • Book Review • Networking • Editorial • About this Journal

Network members must at times travel and work in locations where they cannot carry a gun, either because it is illegal and they cannot obtain the requisite concealed weapon permit or perhaps they work in what has become known as a “non-permissive environment.” It is the position of the Armed Citizens’ Legal Defense Network, Inc. that our members should not violate laws governing carrying handguns for defense, but instead, if forced to choose between violating the law and going gun-less, develop a range of defense skills including non-firearm and non-lethal defense methods. We limit grants of financial assistance to fight an unmeritorious prosecution to situations where the member is legally carrying the weapon used in defense.

We recommend “layered defense” preparations to our members. That means a person should not only have a gun for self defense, but also have the means to mount an intermediate defense with pepper spray, Kubotan/mini-baton, cane or empty hand self-defense techniques. 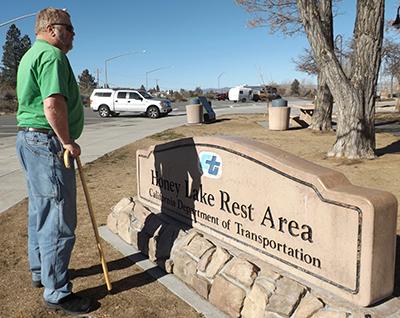 However, use of intermediate force while also armed with a deadly weapon is not the subject of this treatise. Our discussion today is about using non-gun defense methods when deadly force would likely be warranted or when there is justification for at least defensive display of a deadly weapon with commands to stop the offending activity. With this in mind, let’s start our exploration of non-firearm use of lethal force and non-lethal force when deadly force is likely merited. The tools? Highly effective intermediate weapons such as a knife, a Conducted Electrical Weapon, pepper spray or an impact weapon that can be possessed legally and if used effectively, offers a reasonably good chance of stopping a deadly force attack.

As with a firearm, successfully employing an alternate weapon requires an advanced level of skill and documented training so you can articulate why you employed the weapon. Lack of documented training results in not having trainers available to testify in court about how you were trained and why your use of force was reasonable. Even if you possess the skill to use the weapon effectively, for this reason alone, you also need to have training. Our further discussion assumes you have training in the non-gun defense method under discussion.

by Marty Hayes, J.D.
Our recent foray to the SHOT Show was notable by my lack of excitement for it. Of course, this was my 21st SHOT Show, and I have seen many, many AR-15s (or whatever they are called nowadays) along with goofy products that have no real purpose other than to sell to people who think they need them. But, the show held a few rays of light, in that I was able to meet and great several of our members, affiliated instructors and corporate sponsors. I had a good conversation with friend Tim Wegner of Blade-Tech, talking mostly about hunting and fishing. Nothing wrong with that! I ran into Ashley Emerson from Garrett Cartridges and we discussed more hunting. Ashley is the guy we hunt pigs with on his TX hunting lease, when we can. It doesn’t look like we will get to go this spring or summer, but perhaps our fall schedules will open up.

In August, Ferguson MO police officer Darren Wilson used deadly force in self defense against a larger, aggressive male he thought was going to kill him. The case was submitted to a St. Louis County, MO grand jury for a review of the evidence and after hearing testimony from Wilson along with the other evidence, that grand jury refused to indict Wilson for any crimes. This spurred questions about grand jury procedures, so we asked our Affiliated Attorneys the following question:

It is the Network’s position that except for giving the facts of the crime committed against them, members should not give a formal statement to police until legal representation is present. Following this line of thought, if called before a grand jury, should a client refuse to testify and likely be indicted or testify and hope for a no true bill? Why?

We published the first half of the many responses received last month. We conclude it this month.

The Network is full of talented people, and many are so modest that we never become aware of their expertise. That was one reason I was so pleased when member John Minges shared copies of his book, Your Privacy & Security, with us last month. While most Network members are prepared to counter physical threats, a good primer on personal security and its related concern of protecting personal privacy is an essential facet in “failing” the victim selection process a criminal uses to choose victims.

News
from Our
Affiliates

This month’s Networking column starts with news about one of our affiliated attorneys, instead of our usual news and updates about instructors and gun shops who introduce their clients to the Network. This topic started a week ago when one of our members asked if I had viewed any of Andrew Branca’s online training, based on his popular book The Law of Self-Defense. I was pleased to learn of the member’s good experience not only because I have long been a big fan of Andrew’s work, but because Andrew is also one of our valued Network Affiliated Attorneys.

by Gila Hayes
There is much to be said in favor of honing physical skills and intermediate defenses to complement your firearms skills. Indeed, having only a gun and only shooting skills for the extremely varied spectrum of self-defense problems is something like trying to perform Beethoven’s Ninth symphony with only an oboe.

Still, while possessing various force options is highly beneficial, in our zeal to encourage armed citizens to add non-gun defense methods to their repertoire, we must take care not to set standards and expectations that are too high for the average citizen to meet. As this edition’s lead article explains, intermediate defense tools like batons and pepper spray are great for stopping an escalating threat that has not yet reached lethal force, and should be only guardedly relied upon at times when your right to back up the pepper spray, for example, with your carry gun is denied.

About the Network’s Online Journal