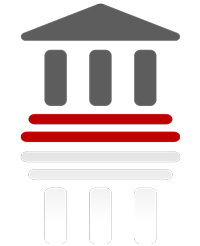 Imagine a world in which each new gun buyer receives educational material on gun owner responsibilities and the legal use of deadly force in self defense. After all, the greater the armed citizen’s understanding of the legalities bearing on use of force in self defense, the better it is for the entire firearms community.

Armed Citizens’ Educational Foundation strives to make that goal reality, through publicly distributed education about use of force in self defense. The mission of the Foundation is to promote awareness and education in the lawful use of firearms and specifically the use of deadly force in self-defense situations. 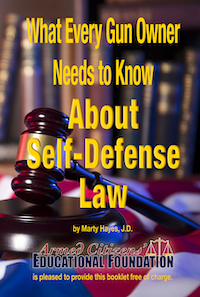 The Foundation is a 501 (c) (3) tax-exempt organization recognized by the IRS and funded by tax-deductible contributions from both individuals and businesses. Through these donations, the Foundation has provided tens of thousands of its booklets, What Every Gun Owner Needs to Know About Self-Defense Law to armed citizens attending firearms classes and other venues at which this complimentary booklet is given out. This concise booklet is written by Network President Marty Hayes, J.D.

With people relying more and more on streaming video for information and education, in 2020 the Foundation expanded its educational outreach into video lectures publicly shared at https://armedcitizenstv.org. These video presentations, moderated by Marty Hayes, address issues of current concern in addition to teaching bedrock principles that guide the behavior of the man or woman armed for personal protection and defense of their loved ones. Armed Citizens’ TV features video discussions with luminaries from the self defense world, names well-known amongst armed citizens who enthusiastically share these complimentary lectures with their friends and associates.

The Foundation is funded by individual donations as well as grants from Armed Citizens’ Legal Defense Network, Inc. The Network is a membership organization dedicated to preventing abuse by the criminal justice system of its members who act in justifiable self defense. In addition to the Network’s assistance to members after legitimate use of force in self defense, the Network’s leadership is passionate about educating armed citizens so gun owners can both appropriately counter threats and better manage interactions with law enforcement and the legal system after self defense.

Gun owner education and the Network’s concurrent mission of providing support to members who have acted in self defense are interdependent. Whenever a gun owner makes a mistake regarding a decision in using deadly force or negligently causes the death of another through a firearms mishap, it damages the whole pro-gun/pro-self defense community. The Foundation’s educational efforts increase knowledge and responsibility among armed citizens, and thus protect our right to keep and bear arms. A careful, well-educated population benefits all of us in the firearms industry, from manufacturer to share holder to the purchaser of guns and related products.

We welcome your participation, using the donation links to the right For additional information, contact: Armed Citizens’ Educational Foundation, PO Box 400, Onalaska, WA 98570, 888-508-3404 or email Mr. Shuck at This email address is being protected from spambots. You need JavaScript enabled to view it..