The Shifting Burden of Proof 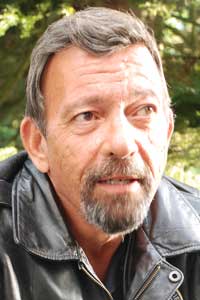 Armed citizens sometimes read their state law and interpret its allowances in an over broad manner. A few months ago, I asked Massad Ayoob what elements from self-defense law he sees most frequently misunderstood or misinterpreted by students and by armed citizens who read his books and articles. As an instructor who travels extensively and teaches classes nationwide, few have the pulse of the nation’s armed citizens as accurately as Mas.

I guess I should not have been surprised when the topic Massad identified as an area of misunderstanding raised by his students was not simply stand your ground or castle doctrine, but rather a broader area of concern, and was instead, the burden of proof when one claims self-defense as justification for use of deadly force. What he described was an intricate volley between the defendant and the state, so we publish the following interview as an educational look into what is required to prove the elements of self defense when you are being charged with murder, manslaughter or assault.

We switch now to our familiar Q & A format to learn from Massad in his own words.

This month’s message will cover the fight against the WA Insurance Commissioner. We have now finished the “administrative remedies” section of our fight. You see, when the Office of Insurance Commissioner decided to come after us, we had no real option other than follow WA law on how to contest an administrative action. That means before we could get our case in front of an independent, fair-minded judge, we had to jump through hoops appealing the Cease and Desist Order to the Insurance Commissioner. In real terms, basically we had to legally request that the Insurance Commissioner change his mind about his decision that we were selling insurance. Making that legal request has so far cost us over $60,000 (offset by $11,000 in donations for the legal fight–THANK YOU SO MUCH!). The good news is that we are finally able to start making our case to a superior court judge and we have done just that, filing a “Petition For Judicial Review” in Lewis County Superior Court. That filing is public record, but unfortunately, those public records are not available online.

In this column, our Network Affiliated Attorneys generously contribute commentary and information from their professional experience to help Network members better understand the myriad legal issues affecting armed citizens and self defense.

During periods of rioting this past year, state governors and city mayors exercised their emergency powers to declare states of emergency. Some orders suspended civil rights including legal possession of weapons–even those used for personal protection. As a result, members have asked for help understanding circumstances, restrictions and enforcement if their governor or mayor declares a state of emergency. Because the Network’s staff can’t answer questions about the many and varied laws of every state, we asked our affiliated attorneys about emergency powers in their state. We asked– 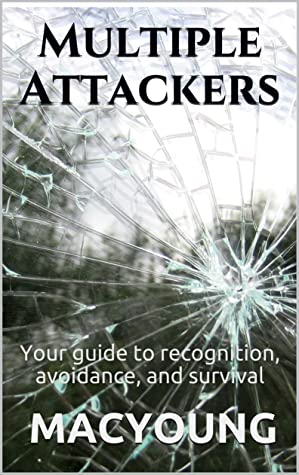 Your Guide to Recognition, Avoidance, and Survival
By Marc MacYoung
296 Pages
Published by Carry On Publishing
eBook $9.99

As an avid reader of self-defense author Marc MacYoung’s books, I was surprised when I initially had difficulty reading his latest book, a comprehensive study of the difficulties, both physical and legal, associated with defending against multiple assailants. While I read a lot of e-books, this book is different because it integrates links to video to illustrate the warning signs of impending attack and help the reader learn to describe the pre-attack behavior to police and prosecutors.

As we head into the 2020 holiday season, I find myself feeling distinctly unmerry. The uncertainty following the general election, continued civil unrest and renewed unconstitutional restrictions imposed out of fear of the corona virus are only a few of the reasons for feeling like misfortune is piling up on top of misfortune. I have to keep reminding myself that living conditions for most of us are so much superior to the challenges that faced past generations, or even situations our contemporaries from less prosperous countries endure, that failing to feel thankful on Thanksgiving Day and the upcoming holiday month is rather shameful.

Everyone has their own way of coping with poor-me moments when it is hard to feel grateful. Some focus on charitable activities, others make lists of what’s good in their lives or take action and get busy battling their biggest sources of trouble. Big picture thinking is worth adopting, too, I think. While I cannot remember who said it, I often look for the truth in this statement: “No one wins at chess by moving forward every time; sometimes the player has to move back to reach a stronger strategic position.”