Including ... Preparation to Stop a Mass Shooter • President's Message •  Attorney Question of the Month •  Book Review • Networking • Editorial• About this Journal

Preparation to Stop a Mass Shooter

An Interview with Marty Hayes

These days, armed citizens have a lot of options for training, and one question arising frequently asks, with so many choices, where should we focus our time and money. Some say, develop close quarter fighting skills to fend off an up close and personal assault; others, like John Farnam in last month’s lead interview, note that with terrorism now occurring on U.S. soil, we need greater accuracy for smaller targets at longer distances. Armed citizens aren’t sure how to prioritize. In this month’s interview, we ask this and related questions of a man who wears two hats: Marty Hayes, president of the Network and director of his long-established training operation, The Firearms Academy of Seattle, Inc. We switch now to our interview Q & A format.

eJournal: Just last year, at your training business, you introduced a class to hone skills that may be needed if one is caught up in a mass shooting event. Arguably, a mass shooting event is much less likely than being targeted for a home invasion, car jacking, robbery or sexual assault, to name only a few. Why this focus?

Hayes: At the Academy, we have a saying: We don’t train for the average, we train for the anomaly. The average self-defense incident is typically a pretty basic situation: The display of a gun or the use of a gun in a close range, interpersonal situation solves most problems pretty quickly and easily, and then we only have to deal with the legal and perhaps psychological and medical aftermath. Frankly, most self-defense shootings are pretty simple affairs.

I am writing this month’s message while also hosting Massad Ayoob, who is here at my other business, The Firearms Academy of Seattle. If it were not for me getting hooked up with Mas in 1990, there would be no Armed Citizens’ Legal Defense Network. You see, it was his influence on me back when I was a fledgling firearms instructor working for a gun range in North Seattle and teaching armed citizens how to use firearms, which led me down the path of becoming an expert witness, and my expert witness experience led me to get my Juris Doctor degree. And, it is the credibility of that professional degree, combined with my teaching history, my expert witness work and my association with Massad Ayoob and the other giants in the industry (John Farnam, Tom Givens, Dennis Tueller, as well as the late Jim Cirillo) that gave the Network the credibility needed for it to grow and succeed, especially in the early days.

Recently, a member asked us what liability an armed citizen using deadly force in self defense would incur if the bullet either passed through or missed and hit an innocent bystander. For the purposes of this Attorney Question of the Month, we assumed no criminal charges were pressed against the citizen for the self-defense shooting and it was ruled justified by prosecutor/district attorney. We then asked our affiliates:

Would the armed citizen likely face criminal charges for the collateral damage, and/or incur civil liability for that stray bullet?

The question may have been overly broad, because our affiliated attorney in Kansas City, MO, Kevin Regan, simply replied, “Yes, of course. Next question.” Another commented that people want “definite” answers to “what if” questions, but those definite answers are not available. Read our affiliated attorneys’ responses in this and next month’s journals. 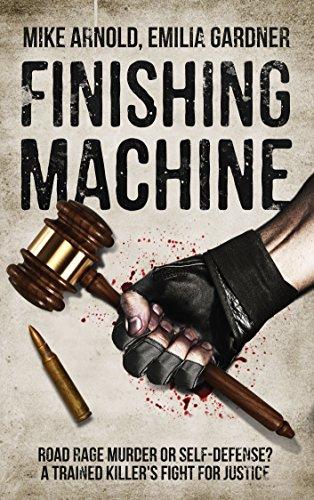 I usually enjoy a compelling story without getting so engaged that it keeps me from my sleep. Not so in July, when I read attorney Mike Arnold’s true story about defending an unusual client charged with murder. It was all too easy to imagine one of us caught up in a similar maelstrom!

On a late January evening in 2014, a 30-something military veteran, Blackwater contractor and martial artist shot an unarmed 53-year old man after a road rage collision. The shooter, Gerald Strebendt, was not arraigned until March 7, then spent over a year in solitary confinement in the Lane County, OR jail awaiting trial before pleading to a reduced charge in May of 2015.

Hello everyone! In this month’s Affiliate Networking column I get to do a bit of virtue signaling and fan boy cheering, because I got to attend Massad Ayoob’s MAG 40 class last week at The Firearms Academy of Seattle, in Onalaska, WA!

Some back story for this article: I first met and trained with Massad in 1996 when I took a couple of his classes. When I first met Mas, the teaching began right away. He automatically treated me and all the other beginners with the courtesy and respect of a fellow armed citizen and not a rookie beginner (which I was). There was a lesson for me in that. Next, for all his bad jokes and kind demeanor, he was a serious expert teaching a serious topic. Yet with all of his celebrity status, Mas was still approachable by any student; no one was made to feel bad about asking a question. The experience was pivotal in my choice to be an armed citizen.

As the Network approaches 14,000 members, we should probably stop calling it a small business. Everything in business is about scale. One entrepreneur’s “big” is another’s “tiny.” For example, a vendor writing and selling software for a specific purpose–let’s say databases for educational institutions–may serve thousands of clients, but that vendor is small measured against mammoth Microsoft or Oracle!